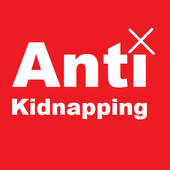 A student of Odo-Obara High School, Epe (names withheld) was last week Friday sold for N50,000 in Ijebu-Ode by her two other colleagues.
CompassNg gathered that the three students boarded a cab from Epe to Ijebu-Ode after school hours that fateful Friday.
After carrying out their nefarious plot, they unsuspectingly boarded the same cab that drove them to Ijebu-Ode. The driver now quizzed them about their third colleague, since they were three he ferried to Ijebu-Ode and they responded that she was still in Ijebu-Ode, enjoying herself.
However, the driver noticed that the two girls were sharing huge of money as they sat at back of the cab and wondered where secondary school girls got such huge amount of money to share.
He therefore became suspicious and subsequently drove them to Oke-Oyinbo police station in Epe.
At the station, after thorough investigation, they later confessed that sold their friend in Ijebu Ode for the sum of N50,000
Efforts by the police to locate the selling point, according to information gathered, proved abortive, suggesting that the poor unfortunate girl may have been used for ritual purposes.
Meanwhile, the public is enjoined to reach the anti-kidnapping unit of the police on 08101272303, 08025713190, 08176878575, 09058530351.