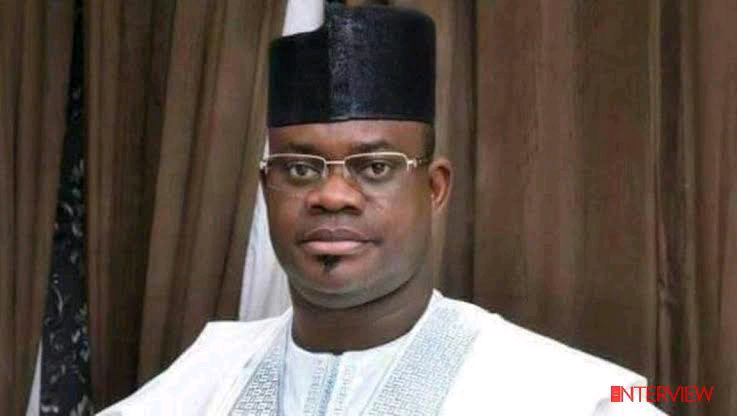 …Ask Governor Not To Be Distracted

Two independent political campaign organizations, All-Nigerians United for Yahaya Bello Organization, ANYABO, and the South-West Democratic Alliance, SODA, have condemned in strong terms the attempt by a group named North-Central Council of All Progressives Congress, APC, under the leadership of one Dr Kassim Muhammad, campaigning to stop Kogi State Governor Yahaya Bello from contesting the APC presidential primary whenever it comes up.

Recall that the Dr Muhammad-group had on Thursday, April 8th, staged a protest rally to the APC National Secretariat in Abuja, calling on Bello to drop his presidential ambition, to pave way for the North Central zone of the party to produce the National Chairman of the APC.

But in a comprehensive and swift response, ANYABO and SODA, in separate press releases in Abuja and Lagos, countered the Dr Muhammad-led group and urged Governor Bello to ignore the group and treat their action as a non-issue.

ANYABO in its press statement, stated, “It has come to our notice the futile attempt by a so-called North-Central Council of the APC, which stage-managed a porous and disgraceful rally to the APC headquarters in Abuja, seeking for the disqualification of His Excellency, Governor Yahaya Bello, from contesting the party’s presidential primary, simply because of the selfish interests of their sponsors, who are also interested in running for the party’s ticket.

“First, we know that reason and law will prevail in the party, because there is no section of the party’s constitution that prevents any qualified member of the party from contesting for the office of their choice; and Governor Bello is eminently qualified to contest for the presidency at the party’s presidential primary, and he stands a bigger chance to win more than any other aspirant.

“It is the staggering political stature and the indomitable sagacity of Governor Bello that is becoming a threat to his political opponents, and making them jittery and renting political loafers to run their ignoble errands. Take it or leave it, Bello has all it takes to win the party’s presidential primary and go ahead to win the 2023 presidential election. If you’re talking about zoning, it has several layers and dimensions. We believe in zoning the party’s presidential ticket to the younger generation, which Governor Bello represents.

“At 45, he is eminently qualified to govern this country. It was in recognition of his leadership capacity and ability to unite all contending forces and bring about peace in the country that President Muhammadu Buhari appointed him to resolve the recent volatile situation between Northern foodstuffs traders and the Southern part of the country, which led to the immediate cessation of hostilities and ending of the food blockade that had already created serious tensions between the South and the North; and was about boiling over into intractable crises before Governor Bello stepped in at the behest of the President; and he delivered promptly and peace was restored. What other quality or qualification, beside academic for leadership in a complex country as ours does anybody need to govern Nigeria? The call for Governor Bello to step down from contesting for the Presidency is not only ridiculous but highly objectionable.”

On it’s part, SODA expressed angst and disappointment at the call on Bello to jettison his ambition.

SODA said, “All these shenanigans are being orchestrated by the insecure political opponents of Governor Bello. You will recall that just a few days prior to the ill-fated protest rally to the APC headquarters in Abuja, some thugs were caught in Lokoja with anti-Buhari posters and painting everywhere with anti-Buhari propaganda. That was targeted at Governor Bello, so that he could be accuse of and viewed as being anti-Buhari and engaging in anti-party activities, so as to blackmail him and cause rancour between him and the President, ahead of the party’s presidential primary.

“But they have failed woefully! It’s the same disgruntled elements who orchestrated that nonsense that are behind this latest shameful charade.

“Imagine their myopic argument that because they wanted the party’s National Chairmanship to come to the North Central zone. How reasonable is that? If it’s about Northern issue, is the current acting National Chairman not from the North? So, why are they not applying the same reasoning to their chairmanship agitations, as they are doing on the Presidency, because it’s a similar scenario? We know they’re mere political jobbers being sponsored by other known and potential presidential aspirants in the party, who feel threatened by Governor Bello’s bright chances and imposing political stature at the presidential primary.

“The governor should simply ignore them, and concentrate on his vision, because they are irrelevant political jobbers in the service of ignoble ventures. For us in the South-West, what we look for in who becomes the next President of Nigeria in 2023 is not ethnicity but capacity. It is not religion but vision. It is not a reactionary but a visionary. It is not another septuagenarian, but an energetic youth. It is not an expired political force, but a refined political machine, that understands the current trends in governance and can use modern administrative technicalities and technology to solve the challenges of a complex modern state like Nigeria. A man with the unifying magic wand to make Nigeria one united country and silence divisive noises across the country and keep the country safe. In all of this, zoning and other ephemeral considerations take the backseat and Bello stands tall above all other declared and potential interests in the Presidency and SODA has the structures to mobilize the South West fully in his support.

“Nobody can deny that this country needs a younger breed of leadership to govern it at the moment and we shouldn’t be held down by the emotional blackmail of zoning and the likes. This is not about Bello as an individual, but about Nigeria and Nigerians. In the next few days, we shall be announcing our mass activities in support of Bello in the South West; one of which is to mobilise other political parties in the country to adopt Governor Bello as their presidential candidate after he would have won the APC primary.”

The ANYABO press statement was issued in its Abuja headquarters, and signed by its Chairman, Malam Saidu Bobboi.

On the other hand, SODA issued its press release in Lagos and it was signed by Prince Ayansiji Adefemi and General Coordinator, Mark Adetayo.