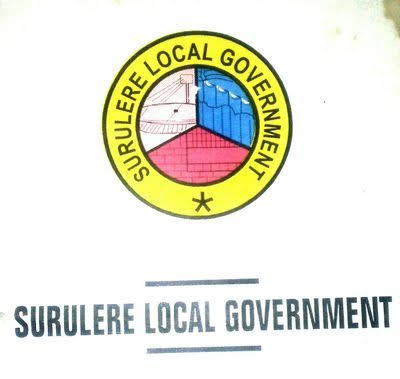 The Chairman of Surulere Local Government Area in Lagos State, Tajudeen Ajide, has been suspended by the legislative arm of the council over alleged financial impropriety and for spending N60 million without budgetary approval.

The Councillors, in their resolution, contained in a document with reference number SLG/LEGIS/RES/018/2021, alleged that the chairman awarded all contracts to only two companies, a development which was described as suspicious.

The resolution reads in part, “The executive chairman expended the sum of N60 million, which was not budgeted for in the year 2020 budget, under the pretence of variation on the construction of the Primary Health Care Centre at Akerele, which is an impeachable offence.”

The lawmakers also accused Ajide of awarding bogus and inflated contracts, appropriating funds for the purchase of two buses, without buying the vehicles.

It was alleged that Ajide refused several invitations extended to him by the councillors.

Explaining that the chairman refused to make available documents and details of all contracts from the inception of the current administration, the councillors said, “The council therefore deliberated a vote of no confidence is passed, followed by a suspension order on the executive chairman, Hon. Tajudeen Ajide, for his refusal to provide the needed documents/records to the House to enable the legislative council carry out its oversight function.”

The resolution was also communicated to the Lagos State Commissioner of Police by the nine councillors at the local government.

They asked both the Police Commissioner and the Area Commander, Area C, in a letter, to deploy policemen to the local government secretariat to prevent hoodlums from attacking them.

The letter reads in part, “We the undersigned, by this notice wish to inform you of the suspension of the executive chairman, Tajudeen Ajide, on the allegations of financial misappropriation found against him by the legislative arm of Surulere Local Government Area.

“In order to forestall the destruction of life and properties, we want you to assist in protection of all aforementioned properties and individual.”

Attempts to get a reaction from the suspended chairman proved abortive as he neither responded to calls nor a text message on Saturday.