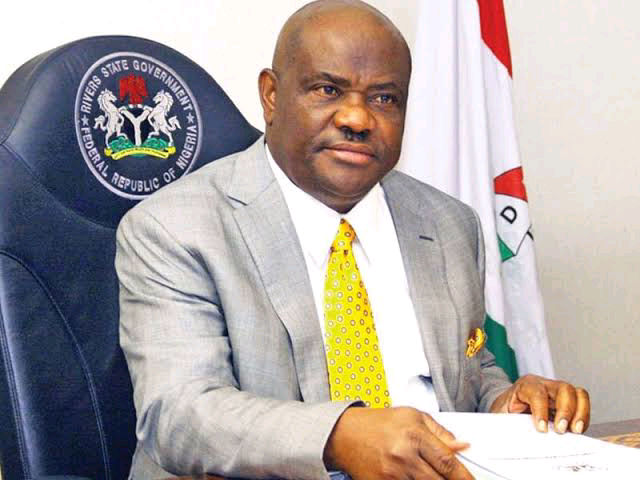 For placing an on a proposed meeting of Igbos living in Oyigbo Local Government Area of Rivers State, by the state governor, Nyesom Woke, over security concerns, the Biafra Nations League, BNL, a secessionist group in the eastern region of the country, has threatened to unleash mayhem on oil companies operating in Port Harcourt, the Rivers State capital.

Recall that Governor Wike had placed a ban on a planned meeting of some Igbo residents in Oyigbo Local Government Area.

The decision was taken by the governor over fears that such meetings could spark fresh unrest in the council area.

Warning Governor Wike to stop threatening South Eastern Igbos, merely because of the activities of the Indigenous People of Biafra, IPOB, led by Nnamdi Kanu, the BNL, in a statement jointly signed by its Deputy National Leader and Head of Operations, BBS Media, Ebuta Akor Takon and the Chief of Staff, Linus Essien, respectively, said that the recent attacks in Imo State is nothing to compare to the ones carried out by militants who are not Igbo in Rivers State some years ago.

BNL accused Wike of being sentimental against the Igbo, despite being an Igbo man.

It said, “Treating the Igbo as terrorists could give rise to real terrorism in Rivers State.

“We call on Wike to reverse the ban on Igbo groups to freely hold their meetings, otherwise, we’ll deploy our men from Bakassi Peninsula to terrorize oil companies in Port Harcourt coastal areas.