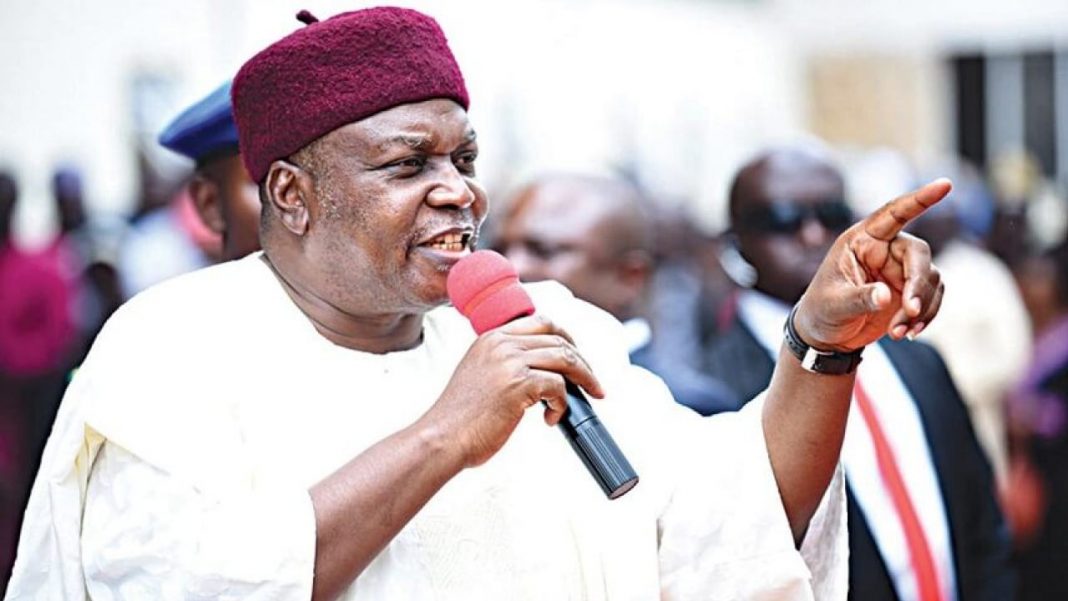 Facebook
Twitter
Pinterest
WhatsApp
Email
By Justin Tyopuusu, Jalingo
The Taraba Social Accountability Group, TSAG, has accused the leadership of the Taraba State House of Assembly for aiding impunity in the governance of the state with its passing of a vote of confidence on Governor Darius Ishaku.
Co-convener of the group, Comrade Abdulaziz Gassol, in a chat with journalists in Jalingo, the state capital, said that the House of Assembly, as the representatives of the people, was supposed to ensure checks and balances to deepen democracy, but in Taraba, it was rather promoting impunity.
Gassol, who flayed the House for passing a vote of confidence on the governor who has been away from the state for over two months, thereby grounding government activities in the state, described their action as undemocratic.
He said, “This present crop of leadership we have in the state House of Assembly, which was imposed by the governor, is just helping the governor to sink the ship of governance in the state.
“The governor has been away for over two months without transmitting power to his deputy and you know there is very little the deputy fovernor can do when he is not in acting capacity.
“This incumbent leadership of the House is simply a rubber stamp leadership that operates on the whims and caprices of the governor.
“The good thing is that only 12 out of 24 members signed the undemocratic vote of confidence on the governor and we urged the 12 that refused to sign to remain focus because Taraba masses are with them.”
Chairman, Taraba State House of Assembly Committee on Information, Barr. Bashir Mohammed, did not return calls or reply to a text message sent to his phone for reaction on the accusation.
Governor Ishaku was last seen in public in the state on December 19 last year when he presented the 2020 Appropriation Billto the House of Assembly.
His continuous stay away from the state on health grounds, according to his Senior Special Assistant on Media and Publicity, Mr. Bala Dan-Abu, has sparked controversy, especially, following his failure to transmit power to his deputy, Engr. Haruna Manu.