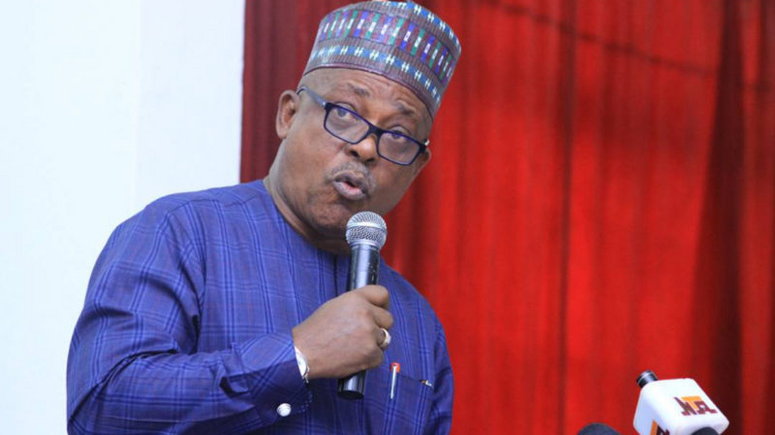 Facebook
Twitter
Pinterest
WhatsApp
Email
The opposition Peoples Democratic Party, PDP, has alerted that the All Progressives Congress, APC, is currently mounting pressure on the Supreme Court to restrain itself from reversing the flawed judgment on the Imo State governorship election, despite obvious mistakes in that judgement, which is now threatening the stability of our nation.
In a statement by the PDP National Publicity Secretary, Koka Ologbondiyan, the party, while hailing Wednesday’s verdict of the Suoreme Court which affirmed its earlier verdict on Bayelsa State governorship election, however noted that the elements and grounds for the demands by the PDP and majority of Nigerians for the reversal of Imo State governorship election judgment are completely different from those of Bayelsa State.
It explained that its demand on Imo is not in any way in contestation of the authority and finality of the Supreme Court, but a patriotic effort to assist the Supreme Court affirm its infallibility by correcting the inherent mistakes in the judgment, which came as a result of misleading presentation to it by the APC.
The PDP said, “It is therefore instructive to note that the various election matters before the Supreme Court were brought on clearly distinctive grounds and each should be treated on its merit before the law.”
Insisting that the only reason the APC was pushing for a review of the Supreme Court’s valid and flawless judgment on Bayelsa and Zamfara governorship elections was to cause confusion and blackmail the apex court from treating the Imo case on merit, the opposition party maintained that the grounds for the reversal of Imo judgment are unambiguously constitutional and completely distinct from APC’s attempt to blackmail the Supreme Court with their demands on the Bayelsa and Zamfara states governorship election.
“We therefore urged the Supreme Court not to succumb to the threats and blackmail by APC to push it from restraining itself from looking at the merit of the Imo State case; correcting the mistakes and reversing the flawed judgment.”

Who is Ibrahim ‘Agboola’ Gambari?