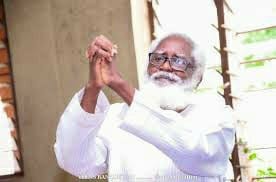 Nigerians have been advised to avoid voting for an ‘old cargo’ politician as President ahead of the 2023 general elections.

Giving the advice yesterday, a former Ambassador of Nigeria to the Philippines, Ambassador Akinyemi Farounbi, said that Nigerians should not to vote for old and weak candidates as the President of Nigeria in the 2023 presidential election, saying, “I think we have seen the capacity and strength of old candidates who have occupied Aso Rock Villa. We have seen how far and how well we oldies have done there and can do. The seat of power needs a smart, energetic, proactive young mind, who has gotten experience in leadership positions in the last 20 years.

Amb Farounbi was speaking as the Special Guest of Honour and Chief Discussant at the inauguration of the South-West chapter of ‘The Nigeria Agenda,’ TNA, organised by Nigeria Patriotic Coalition, NPC, at the University of Ibadan International Conference Centre, Ijokodo, Ibadan, Oyo State, yesterday, adding that Nigeria, needs an energetic, pragmatic, intelligent young fellow, who is versatile, broad-minded, analytical in thought, decent in deeds, thoughtful in acts and possesses a fecund and robust intellectual mind to diagnose and fix the socio-economic and political plagues afflicting the country.

Amb Farounbi declared that his calling for the rejection of old candidates at the 2023 presidential election stems from the empirical evidence of abysmal performance by the old men in the saddle as the President of Nigeria.

Pointing out that for the past years, Nigeria’s political soul has been monopolised by old men, who seem to have no clue about the mission of emancipating this country from the shackles of palpable underdevelopment and shameful retrogression from glory to penury,
Ambassador Farounbi said that going by the experience of Nigerians in the hands of the old men who have occupied Aso Rock, it is crystal clear that the salvation of this nation lies not in the hand of the old men, but within the mental corridors of the babes and the sucklings

Amb Farounbi, who blamed his generation for not doing enough for the present generation because their generation was pampered and well planned for by the generation before, lamented that it is shameful that their generation could not sustain the legacies that made them have a better part of Nigeria, not to talk of erecting sustainable ones.

He therefore called on Nigerians not to be bamboozled and hoodwinked by stained personalities with bogus achievements and fabulous legacy as Aso Rock Villa needs a seasoned young person with a clear vision and a mission that is definitely enough to raise the flag of Nigeria in the comity of well-ruled nations.

He said, “Enough of we old men. Nigerians, go for a smart, intellectually sound, mentally alert, digitally mobile and socially responsible young man. And it shall be well with us.”

The public awareness event packaged by the NPC was not only well organised, but was quantitative in guests, rich in discourse and insightful at deeply analysing the political challenges and sourcing solutions for them.

Also speaking, the Director-General, Nigerian Prosperity Movement, Hon Ahmed Sajo, in his short presentation, urged Nigerians to key into The Nigeria Agenda as being set by the NPC, as it posits to encapsulate the problems and solutions to Nigeria’s problem.

The Director General, DG, Development Agenda for Western Nigeria, DAWN, Dr Seye Oyeleye, in his paper said that Nigeria’s present and future needs to be restructured by the will of the people.

Oyeleye said, “The country is currently being run against the will of the people, as the constitution serving as the social contract of the country is illegitimate without any input from Nigerians.”

He added that addressing Nigeria’s constitutional deficiency is the first step to getting right the national question and consequently pursuing the Nigeria Agenda.

He tasked Nigerians to pull their efforts at addressing the constitutional deficiencies first and all other things shall follow.

He said that without this, any other step at solving our challenges will be tantamount to putting the horse before the cart.

Also speaking at the event, Julius Ogunro, the consultant to the TNA Project, said Nigeria’s underdevelopment is not a result of a curse or ill luck.

He said, “The right kind of political leadership is more important than all the mineral resources that we have been blessed with in the country.”

Ogunro said that there is a way out for the country, despite the leadership and followership conundrum which invariably ensures the recycling of bad leadership, adding that the kind of leadership is a reflection of followership.

Former Minister and former Ambassador to Germany, Professor Tunde Adeniran, Niyi Akinsiju, veteran journalist and public commentator, two former deputy governors in Ekiti and Oyo states, Surveyor Abiodun Aluko and Barrister Iyiola Oladokun, all lighted up the dark tunnel of the fundamental problems of Nigeria and pointed the way out.

The Chief convener of, the National Patriotic Coalition, Mr Yemi Akinbode, disclosed that the essence of their effort is to process a patriotic path to the greatness of Nigeria.

He revealed that The Nigeria Agenda is a project for the total emancipation of Nigeria and Nigerians from the socio-political and economic shackles foisted on the public by a lack of definitive path of progressive initiatives.

The South-West Coordinator of Nigeria Patriotic Coalition, Mr Oska Ayeleso, said that the NPC would undertake this kind of political enlightenment crusade in all the states in the South West to launder the intellects and sharpen the political perspectives of the people in making desirable political decisions.

Former Commissioner for Tourism in Osun State, Dr Sola Oladeinde, applauded the NPC team for coming out at this time in point with a positive public enlightenment project like this to educate and enlighten Nigeria and Nigerians in making informed political decisions.

The programme was buffeted by an illustrative and exciting performance by the Ekiti State Performing Company.