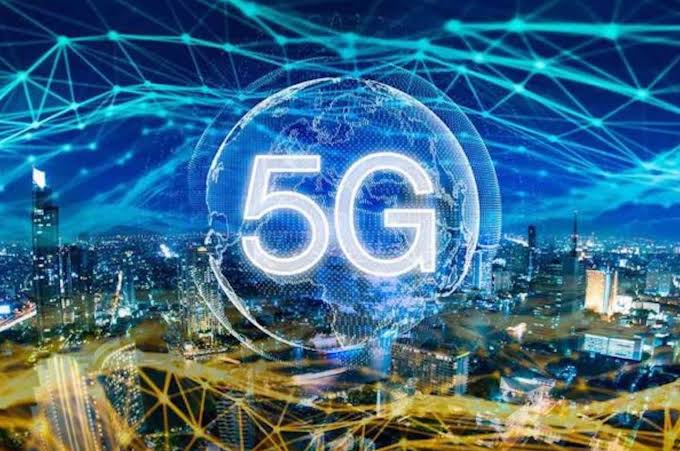 I will like to bring a balance to the above treatise. Please note the following and do your research, thinking, and conclusion.

Posted below are countries that have already deployed 5G on a commercial basis. People are not falling down on the street and dying in these countries…they include but not limited to: South Korea; United States of America, USA; Germany; United Kingdom, UK; and China.

It is true that there are health concerns with electromagnetic radiation right from the days of 1G even until today. Even here in Nigeria, it is not different, as I have appeared in court as an expert witness on this matter as a landlord sued a colocation service provider (tower provider), claiming that the location of the mast close his home is making him sick.

However, a lot of research has been done, especially, internationally and the findings were contradictory…with the International Telecommunication Union, ITU and World Health Organisation, WHO coming out to say that the effect of radiation from electromagnetic radiation from telecom radios are not harmful to humans, as they are non ionizing.

Are they lying? Maybe, maybe not! I do not know.

It is also true that there are security concerns too. Every technology can be used as a force for good or evil. We are able to banter on this platform because of technology, and criminally minded individuals can also exploit this medium to wreck havoc. There is no doubt that 5G technology can and will be used for good and bad. On the good side, the world will also benefit from excellent implementations of remote sensing, remote health care, Internet of Things, Artificial Intelligence and Robotics (such as driverless cars), Block Chain Technology, Augumented and Virtual Reality, Virtualization of Network Functions, Smart Cities, etc.

The man that sent the controversial voice note creating panic across the world said he is an IT Engineer. Though he is wrong on a lot of things, but he is right on the fact that IT Engineers do not participate in the discussion where decisions are made.

I know because when I attend these standardization meetings at the ITU Headquarters in Geneva, apart from us, the only other participants are the language interpreters. The IT Engineer is speaking on things he does not understand, hence the multiple errors such as the following: claim that 2G came in the late 90s, hence the high incidence of cancer during that period, unfortunately this is not true, as 2G was deployed in the early 90s, the first been in Finland in 1991; 5G was not first turned on in China in December 2019, another fat error., 5G was first deployed in South Korea in April, 2019 and as August 2019, South Korea has 540,000 5G subscribers and 50,000 installed 5G radios, did people fall down and die on the streets of Seoul last year? 5G has also been deplored commercially in many US cities by Sprint, T Mobile and AT & T last year. Did people fall down and die on the streets of the US last year?

Other false claims include: that 5G is not a satellite as claimed by the IT Engineer, 5G is a wireless cellular technology, satellites are devices or radios placed in orbit covering even up one-third of the earth in some cases depending on the orbit where the satellite is located; wanting us to cover our windows with aluminium foils….how about your children’s school? How about when you walk the street? This means you will stay indoors all the year round…and die of starvation…now you get the point!!!; that HIV is a hoax, with this assertion, I now know for sure that our IT Engineer is simply a JOCKER; and claim that you have only two weeks to live when 5G radio is turned on,  5G radio is on as I write in China, South Korea, Germany, England, the Nordic countries of Sweden, Denmark, Norway, Finland and Iceland, and most of the European Union, EU, also in the USA. South Korea had theirs since April last year.

Millimetre waves…30GHz to 300GHz radio waves are non ionizing. Today they are already used for radar applications, airport security and scanners. Are people dropping down and dying in these applications?

Finally, you will have plenty of 5G radios to cover a place because 5G propagation at high frequency has a short wavelength and will not be able to penetrate walls. Since the path loss is much and the wavelength is small, it means it can only cover a small area, so you need many radios to do the job. Power radiated from a 5G radio is between 40Watt to a maximum of 150Watt.

Radiation from your AM and FM transmitters are much higher. The wattage of your microwave at home is about 1000Watts and your body itself produces 100 Watts and your brain alone uses 20 Watts. The sun produces 800,000 Watts. Hope all these helps. Thank you.

•Pof Makanju writes from the University of Ibadan, Ibadan, Nigeria.