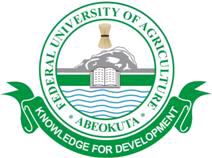 After an eight-month long Student’s industrial action embarked upon by the Academic Staff Union of Universities, ASUU, students of the Federal University of Agriculture, Abeokuta, FUNAAB, have asked by the university authority to resume, effective Thursday, 27 August.

This is just FUNAAB has also revealed that second semester lectures will commence on Wednesday, November 2, 2022.

A release signed on behalf of the Registrar, Dr. ‘Bola Adekola by the Deputy Registrar, Senate and Admissions, SENAD, Mr. Omowon Agbotoba, the university Senate, at its meeting approved a revised second semester academic calendar for the 2020/2021 academic session.

The 73rd Inaugural Lecture is also scheduled to holds on Wednesday, February 8, 2023; while the Senate will hold a special session to consider the second semester examination results and end of session holds on Friday, March 10, 2023