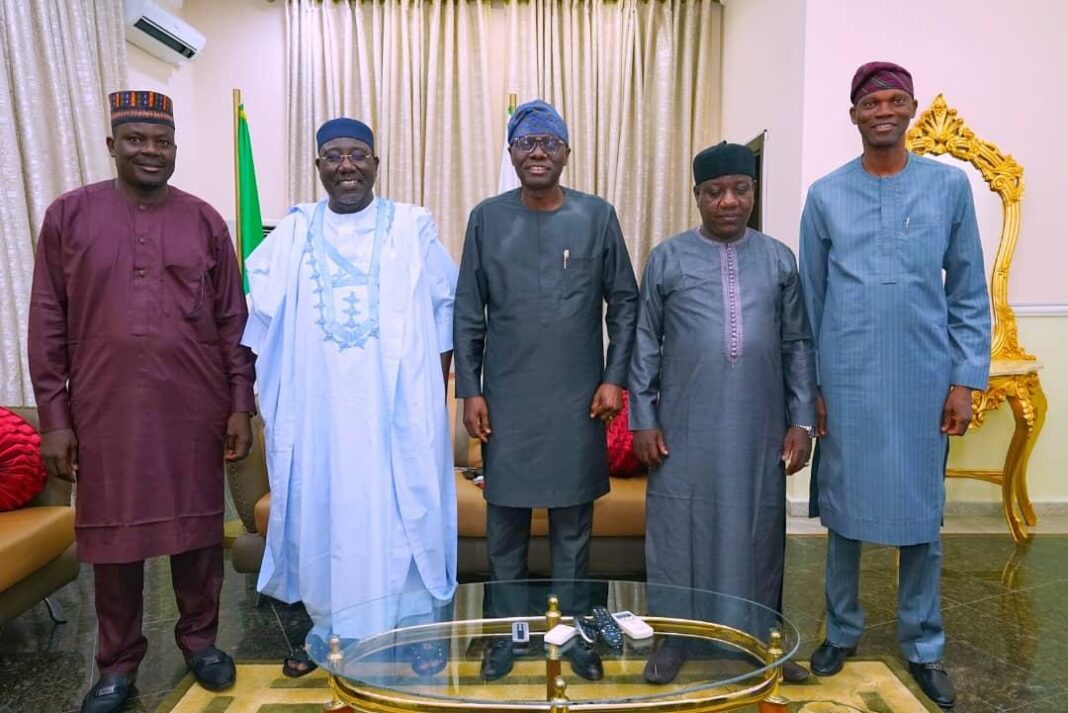 Following the intervention of the Darlin Fulani of Lagos State, His Highness, Alhaji (Dr) Mohammed Abubakar Bambado II, who also doubles as the Chairman, Council of Fulani Chiefs in the South-West, in the 14-day ultimatum given by the state government to traders at the Alaba Rago Market, Ojo Lagos, to vacate the market in order to pave way for developers to move in and commence work, the Lagos State governor, Babajide Sanwo-Olu, has reversed the pronouncement and allow the traders to continue their legitimate business.

The government’s decision is based on the need to sign a formal agreement with the traders and develop a marshal plan to relocate them.

The development is a sequel to a meeting held between Alhaji Bakindo and Governor Sanwo-Olu, where the contentious issue came up for discussion.

Consequently, Alhaji Bakindo has called on the traders nad business entrepreneurs in the Alaba Rago Market and it’s environ to “remians calm and maintain a law-abiding environment, free from deliquent nad criminal activities.

He also expressed gratitude to Governor Sanwo-Olu for his magnanimity and listening ear stance and for his kind heart.

the Sarkin Fulani of Lagos has intervened and wade into the agitating issue, having met and discussed with His excellency Mr. Babajide Sanwo Olu on behalf of the Traders of Alaba Rago on the earlier quit notice served on them by the Lagos State government

Considering the plea, His Excellency Mr. Governor on behalf of the Lagos State government hereby reversed its earlier pronouncement and allow the Traders in Alaba Rago to continue with their legitimate business in the market pending a formal agreement and development plan considering the current Traders. Against this backdrop, His Highness, Alh. (Dr) Mohammed Abubakar Bambado II the Sarkin Fulani of Lagos is calling on the Traders and business entrepreneurs in Alaba Rago to remain calm and maintain a law-abiding environment free from delinquent activities.