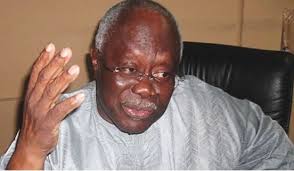 In a press release signed by the Leader and Trustees of the group, Chief Bode George and General Tajudeen Olanrewaju and Mr. Gbadebo Dallass respectively, Omo Eko Pataki averred that “the recent action of the Amalgamated Food Stuff and Cattle Dealers, which halted the convoy of trailers from bringing tomatoes, peppers, onions and all kinds of food stuff to the South should awaken the leadership of Lagos State to redirect its policies in widening its agricultural investments.”

The group insisted that Lagos State, which is naturally its foremost concern, as Ọmọ Eko Pataki, “should henceforth impress into immediate duty a massive workforce of her unemployed youths across the IBILE traditional enclave, whipping our vast and enriched lands into a huge agricultural holdings.”

The statement added, “From Ifako-Ijaiye to Imọta; from Epe to the rolling fields, to the mangroves of Badagry, Lagos State is blessed with nutrient rich agricultural fields that can quickly be marshaled into farmlands, where various kinds of crops; tomatoes, lettuce, pepper, beans, rice, corn, yam, potatoes, cassava and many others can be planted to enhance our self-sufficiency in food production.

“It is our candid advise to Governor Sanwo-Olu to quickly reorder the state priorities in ensuring that our state becomes the new food basket of the country, thereby triggering a new agricultural revolution in the Centre of Excellence.”

Omo Eko Pataki opined that as soon as Lagos State puts its hand on the plow, strengthening the Lagosian food base, provoking food surplus in the food supply chain that the state itself can export beyond our boundaries, the threat of a food blackmail will easily fizzle out.

It added, “This will increase our internally generated revenues that we can use to develop our infrastructures. This is a wake up call.”