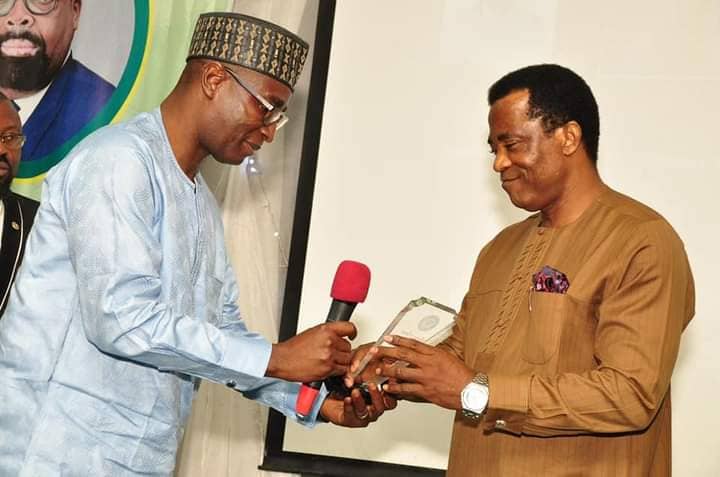 A chieftain of the Peoples Democratic Party, PDP in Cross River State and Chief Executive Officer of Opal Group, High Chief Higgins Peters, has kicked against the purported zoning of the state governorship position to a particular senatorial district, insisting that such would deprive several Cross Riverians, who have gotten the capacity to lead the state from doing so.

Higgins made this known while commenting on the clamour for a zoning formula by certain individuals in the state, shortly after receiving an Award of Integrity in business, in recognition of his numerous contributions to the development of his community and the state by the Nigerian Bar Association, NBA, alongside other eminent personalities in the state, to mark the end of the NBA week. Calling on opinion moulders in Cross River State not to heed to clamour by certain self centred individuals agitating that the seat of governor be zoned to particular senatorial district, instead of allowing Cross Riverians with capacity to govern the state to contest the 2023 gubernatorial elections.

He said that it would be absurd and ridiculous for stakeholders to limit opportunity of contesting for the seat of governor to a very few, stressing that such a decision would create room for mediocres to govern the state, a situation the PDP chieftain said might put the economy of the state in jeopardy.

Chief Higgins said, “To me, any Cross Riverian with capacity should be allowed to participate to govern the state.

“Democracy did not say this person should govern and deprived other person from participating in the electoral/political process. “Let me ask this question: was there any point in time that other zones didn’t contest against a zone that won election? No there wasn’t. I am not speaking for any body, but for my self, as Chief Higgins.”

Insisting that unity is strength, the PDP stalwart called on all to work as a team, as team work remains the surest way to achieved success.

He added, “Let us unite, have a rethink, ponder on where l, as a people of the North, we went wrong. Senatorial elections have come and gone, it would be nice for us to work together, restrategize, on how to decide who becomes governor come 2023.”