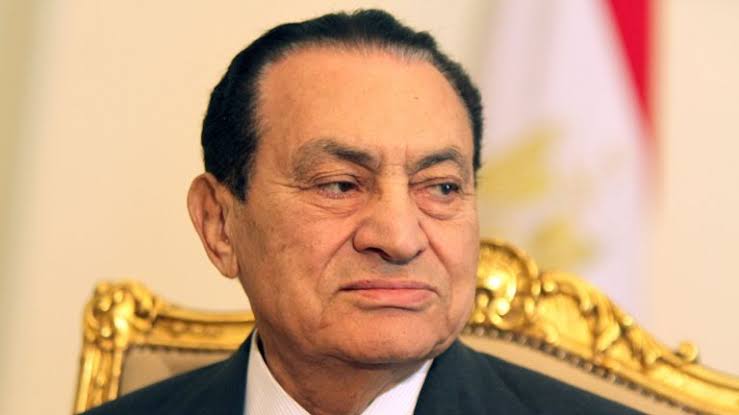 Mubarak, who was President of Egypt for 30 years, before his ouster by a deadly uprising, died few weeks after undergoing a surgery.

Mubarak was removed from office following a mass protest by Egyptians against his autocratic rule, and he was the first leader to face trial after the Arab Spring uprisings that swept the region.

He spent half dozen years facing series of trials over corruption charges and murder of 239 protesters, involved in the 18-day revolt that rocked Egypt in 2011.

He was freed in 2017 after he was cleared of the final murder charges against him.

His death come days after two of his sons were acquitted of illicit share trading during the sale of a bank four years before the uprising that ended his rule.

Mubarak’s years of presidency was viewed by many Egyptians who lived through it as a period of stagnation, autocracy and crony capitalism.

The Arab world watched in awe as Mubarak’s first images were beamed live on television, showing him bed-bound in his courtroom cage.

Mubarak’s overthrow embodied the hopes of the Arab Spring uprisings that shook autocrats from Tunisia to the Gulf and briefly raised hopes of a new era of democracy and social justice.

In the years since then, authorities have crushed his enemies in the Muslim Brotherhood, killing hundreds and jailing thousands, while his allies regain influence.

Mubarak was initially arrested in April 2011, two months after leaving office, and had been held in prison and in military hospitals under heavy guard before his release in March 2017.

He was originally sentenced to life in prison in 2012 for conspiring to murder 239 demonstrators during the revolt.

An appeal court ordered a retrial that culminated in the case against Mubarak and his senior officials being dropped in 2014.

After his release from the Maadi Military hospital in Southern Cairo, Mubarak went back to his home in Heliopolis, where the main presidential palace, from which Mubarak once governed, is located.