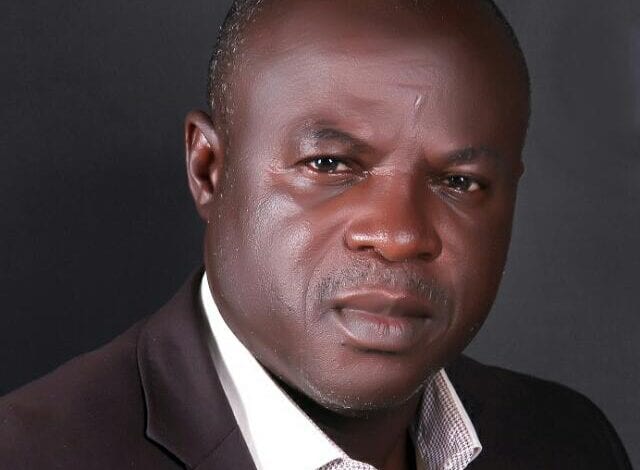 Special Adviser, SA, on Cocoa Development and Control to the governor of Cross River State, Ntufam Dr Oscar Ofuka, has reacted to a call by the lawmaker representing Etung state constituency, in the Cross River State House of Assembly, Hon. Chris Njah Mbu-Ogar, that Ofuka should halt further allocation of cocoa plots to contractors.

The SA, while answering questions from journalists over statements credited to Hon Njah, explained that further allocation of cocoa estate to contractors would help to clear all the backlogs of arrears of rent/royalties owed the cocoa landlord communities in Etung Local Government Area of Cross River State.

Recall that the Etung lawmaker had called on the state House of Assembly to bar Ofuka from further allocation of cocoa plots in the state government cocoa estate to contractors, saying that the administration of Prof. Ben Ayade is winding to an end, adding that on no account should the administration be allowed to allocate cocoa plot to any of the contractors, given the fact that the already existing agreements and allocations were still running.

But in reaction to the lawmaker’s call, Ofuka stated that there is nothing wrong for the state House of Assembly extending their invitation to him to give explanation on the issue, before going ahead to bar him from further allocation, which is been carried out by the state government as part of the avenue to execute the court judgement that would end all the troubles in the cocoa sector.

Explaining the benefits that will acrue to the ongoing allocation, Ofuka stated that it would help the landlord communities get their royalties before and after Ayade’s administration elapsed, stressing that as an appointee of the state government, he holds the state law makers in a very high esteem.

He said, “My first statement is that I did not believe such statement came from a lawmaker representing the good people of Etung state constituency.

“However, having read the statement in the media, there is need to set the record straight.

“Firstly, that the Etung Cocoa Landlord Communities are the beneficiaries of the estate in question under the Prof Ayade led administration.

“Except for the few selfish ones, who had been out to frustrate the good intention of the state governor, who had been so tiredlessly to end all crises in cocoa sector in the state.”

Giving an insight to benefits of further allocation of hectares of cocoa plots to contractors, Ofuka stated that the allocation would settle all arrears of rents and royalties.

“Settle all new rents/royalties at the agreed new rates, prompt settlement of all future rents/royalties, rehabilitation of ailing portions of the estate, permanently put to an end litigations associated with the estate.”

Prior to Ofuka’s reaction, the social media space was awashed with reports of a motion of urgent public importance, moved by Mbu-Ogar, drawing attention of the state House of Assembly to stop Ofuka from further allocation of cocoa plot to contractors; describing the allocation exercise as unwholesome.

In the said motion, Mbu-Ogar stated that the additional six years added to the allocation would bring misery to the lives of the cocoa landlord communities, which according to Ofuka was going to bring down the tension that exist in the cocoa sector, if he is allowed to continue with the allocation exercise.

A youth in Etung who spoke in support of Ofuka, Samnuel Manyo, faulted the lawmaker’s claim, saying that the proposed allocation would spell no doom as claimed by the law maker; adding that instead, it would bring to an end the royalty issue that has spelt tension among the landlord communities.