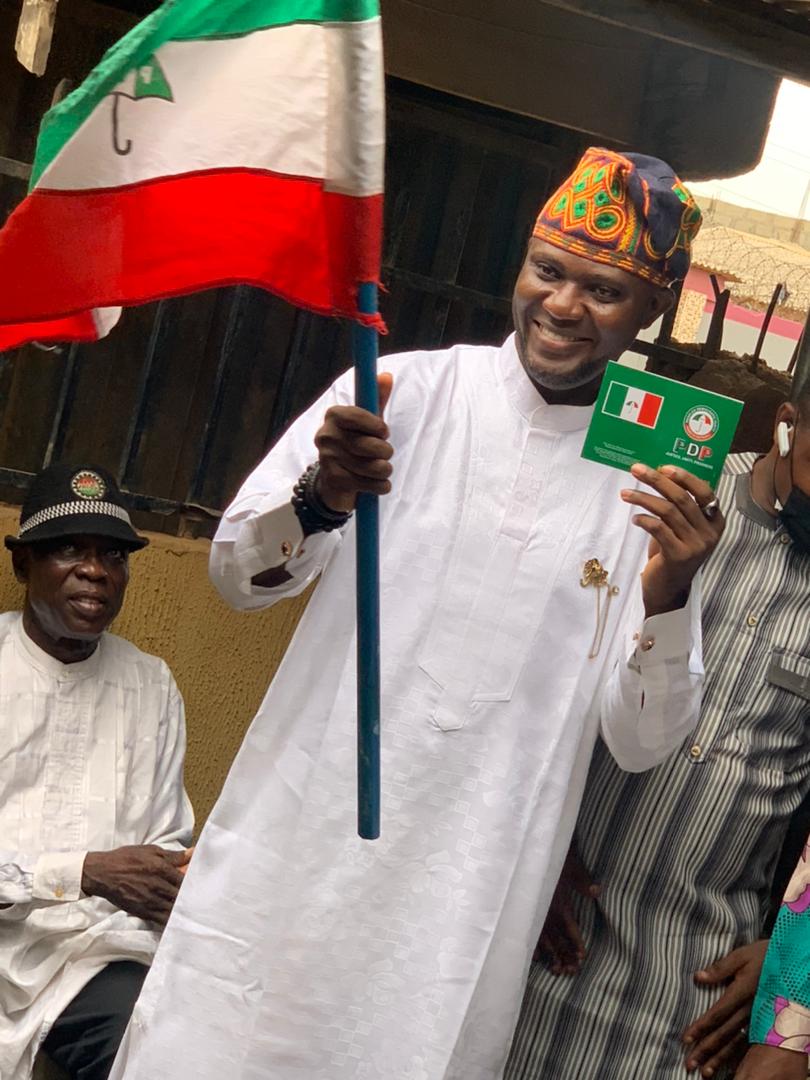 …Mobilizes Thousands Of Followers Into Party

Regarded by many as one of the formidable opposition voices to the goverment of the day, Adelaja resigned his membership of the ADP last month, with scores of members nationwide.

Rejoining the PDP amidst wild jubilation amongst his followers and members of Lagos State chapter of the PDP, Adelaja also directed all his followers to join the PDP in their respective states, across the country.

Adelaja was received back into the PDP fold by the Secretary of the Elders Council, Elder Olajide Adedeji Canon, Ifoshi ward chairman, Mr. Gbenga Fajuke, and other members of the ward executives.

Recall that Adelaja had, shortly after his resignation from the ADP, embarked on a consultative tour to various leaders, including former President Olusegun Obasanjo, Oyo State governor, Engr Seyi Makinde, Otunba Segun Adewale, popularly know as Aeroland, and also planned to meet the Chairman of PDP’s Reconciliation Committee, Senator Bukola Saraki and other notable leaders of the PDP.

Speaking on his latest political move, Adalaja said, “I have returned to PDP – a pleasant home, and it is time for all of us to join hands to rebuild the party.

“In our quest to rebuild the PDP, we must all eschew all forms of rancor as members across board, and team together, to be able to rescue Nigeria in 2023, from the claws of the rent seekers All Progressives Congress, APC, currently misdirecting the affairs of the country.

“As I have now returned home, I will work with all democrats within the party, to move our party and the country forward.

“I therefore urge all stakeholders to keep supporting the leader of the PDP in the South West, Engr. Makinde and other progressive-minded leaders of the party.”

Explaining why he left the PDP in the first instance, Adelaja noted that “I only went to other party to learn one or two things. What I have learnt will also be useful in rebuilding the PDP, Lagos State and the nation in general.

“The future is bright for the young people, and for us to fit in to the system, we must show readiness and seriousness, with relevant experiences.”

Charging the youth to get involved in politics, Adelaja said that the only way the future they desire can be achieved is to be part of the system, adding, “The social media is a very good tool of mobilization, largely used by youth population, but they must begin to engage at the grassroots level.”

He further charged the President Muhammadu Buhari-led government to work for the betterment of Nigerians, because the PDP with better idea is coming to take over power from them in 2023.