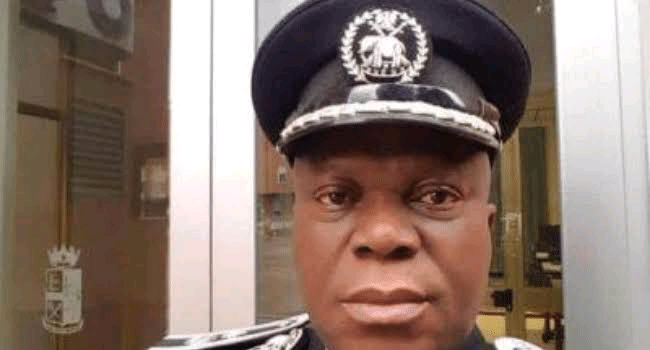 Unknown gunmen suspected to be kidnappers, on Saturday, reportedly abducted travellers between Ikere in Ekiti State and Iju in Ondo State, while one passenger was shot and later died.

Available information revealed that the gunmen accosted the travellers from the bush along Ikere -Iju road in Ikere Local Government Area of Ekiti State.

It was, however, not clear as at the time of this report the number of victims that were kidnapped.

No fewer than four vehicles were attacked on Saturday evening, and it looks like some of them must have been kidnapped, because the vehicles were empty and no one was inside.

Meanwhile, the Ekiti State Commissioner of Police, Tunde Mobayo, has vowed to bring to book the unknown gunmen who shot at a commercial vehicle along Iju in Ondo State, which led to the death of one of the passengers at about 18:45 hours on Saturday.

Spokesperson of Ekiti Police Command, ASP Abutu Sunday, said that the police boss has ordered for discreet investigation and manhunt for the murderers.

On Saturday, the driver of a Sharon Mini Bus and the passengers of the vehicle ran to Ilupeju-Ikere Divisional Police Headquarters in Ekiti State and reported that while they were on their way from Ondo State, some unknown gunmen came out of the bush and accosted their vehicle around Iju in Ondo State.

The driver was brave enough to have speedily escaped with his passengers from the scene, but one of the passengers was unfortunately hit by a bullet and was rushed to General Hospital, Ikere-Ekiti where he later died.

ASP Sunday said, “The Ekiti State Commissioner of Police implored everyone in the state not to panic, as the Command shall join force with order security agents to ensure that the perpetrators are made to face the full wrath of the law.”

The CP also enjoined anyone with useful information that could assist the Police to track down the perpetrators and other criminal elements in the society to relay same to the nearest Police Station or call 08062335577.

Recall that Fulani herdsmen had abducted a farmer in a retired army General’s farm in Ikere-Ekiti last week Wednesday.

The incident occurred in the evening at the Ajaka village farm, Oko Obe area, along Ikere – Ilawe road in Ikere Ekiti at around 5pm while working

The suspected five Fulani herdsmen had stormed the farm with guns, shooting sporadically to scare the people of Oke Obe and whisked one of the workers away.

This was coming barely 24 hours after a Chinese expatriate was abducted at Igbemo-Ekiti in Irepodun Ifelodun Local Government Area of the Ekiti State.

The expatriate, whose whereabouts remain unknown, is identified as one of the experts supervising the construction of Ilupeju-Ire-Igbemo-Ijan road, and was said to have been waylaid at Igbemo-Ekiti, while driving in a Hilux van and was whisked away by arm-wielding attackers.