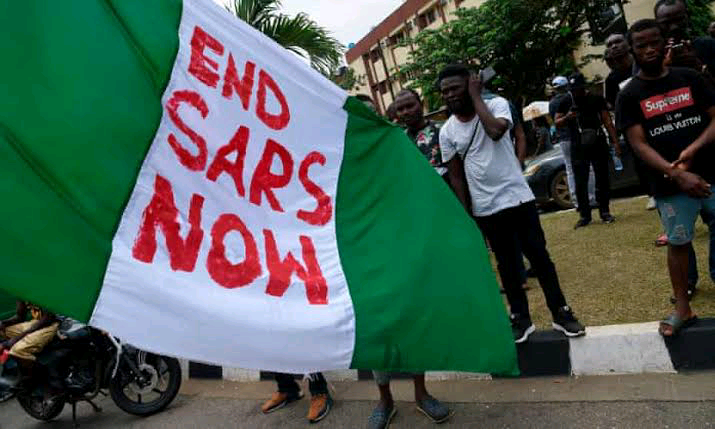 An all women non-governmental organization, NGO, Women for Change Initiatives, WCI, has urged Lagos State government under the able leadership of Governor Babajide Sanwo-Olu to ignore a mushroom organization, the African Action Congress, AAC, and its chairman, Mr. Kunle Ajayi, saying, the operation of the group appears as if its aim is to draw the government into unnecessary controversy, with a view to derailing the administration that is perfectly on tracks.

Convener of the NGO, Barrister Eyitope Success-Adekunle Esq., in a statement, disapproved the press conference addressed by Mr. Ajayi, where he appeared to be hell bent on disparaging Governor Sanwo-Olu, by insinuating that his Special Assistant, SA, on Sports, Hon. Anthony Adeyinka Adeboye, led some hoodlums to attack the #EndSARS protesters last year October.

The woman-lawyer was of the conviction that with the activities of Governor Sanwo-Olu during the unfortunate incident, when he trekked with the protester and addressed them before taking their grievances to the seat of power in Abuja, saying that only people with short memory and mischievous mind would come up with such a devilish insinuation.

She insisted that “Sanwo-Olu deserves commendation and not condemnation on the matter.”

The NGO further frowned at some names the AAC boss paraded as part of the hoodlums that attacked the protesters like Razaq Olokoba, Debo Adeniran, Gbenga Soloki and Nelson Ekujumi, asserting that “the ACC and its leadership have veered off the road with these names because of their pedigrees and antecedents that stand them out as outstanding right activists known in Nigeria and abroad.

Citing an example to buttress her point about the credibility of the personalities being accused of getting involved in hooliganism, the woman lawyer said that the SA to Governor Sanwo-Olu on Sports, Chief Adeboye Anthony Adeyinka, a.k.a Zulu Authority, is a native of Oro town in Kwara State, born into the family of the famous Oni Arokola family.

Wondering therefore how a man of the people, whose acceptability cuts across the country would be linked to acts of hooliganism and brigandage, the NGO disclosed further that his outstanding character in the society has earned him many chieftaincy tittles from different communities.

The NGO said that it would amount to diminishing the essence of this seasoned football administrator, happily married with children, to be described as hoodlum or street fighter, insisting that, others so mentioned by the ACC boss at the press conference as his accomplices, are also men of impeccable characters, leaders of responsible right and pro-democracy organizations across the country, asserting that they could not have descended so low to engage in street brawl with anybody.

She also reminded that, Olokoba has been a leading personality of the civil society organizations, CSOs, as far back as when he was in his teen as a secondary school boy; adding that he is presently the National President of the Campaign for Dignity in Governance, CDG, a group that consists of about 70 other rights organizations under its umbrella across the country.
She further averred that “what is also in favour of Olokoba is his assertiveness, outspoken and ability to douse tension where and when necessary,” insisting that, “he can never be cowed or be violent since he stands always on the side of the people, the side of good governance as the name of his group implies.”

Concluding that “we can also vouch for others mentioned at the press conference as attackers of the #EndSARS protesters, like Comrades Gbenga Soloki and Nelson Ekujumi, Success-Adekunle advised the AAC boss, Ajayi, to search elsewhere for their attackers, instead of mentioning wrong names to score cheap popularity.”

The youthful activist also wonder how a long standing die-hard anti-corruption crusader in the mould of Debo Adeniran, could be categorised with violent people, saying, “the Debo Adeniran that I know, is the leader of the famous Coalition Against Corrupt Leaders, CACOL, and known across the world as a fighter, whose strongest weapon is his powerful oratory prowess to convince the people that corruption has a great power to ruin a nation, no matter how powerful the nation is.”