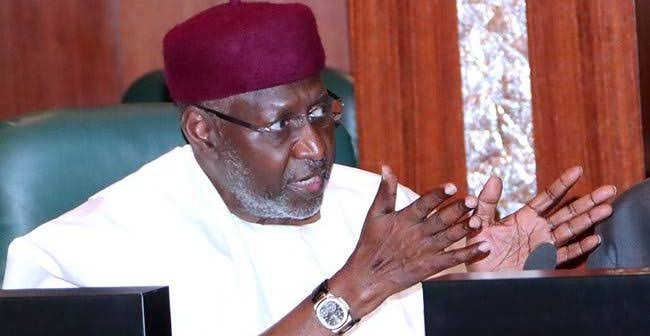 Top aides of President Muhammadu Buhari have been refused access into the seat of government in Abuja after they returned from the burial of late Chief of Staff, CoS, to the President, Abba Kyari.

Kyari’s burial had taken place at Gudu Cemetery and was attended by a large crowd – majority of whom had no nose mask or hand gloves on them for protection against Coronavirus, and rhey were all clustered together, thereby violating the social distancing protocol put in place by the Nigeria Centre for Disease Control, NCDC.

This development no doubt exposed attendees including the presidential aides to the risk of contracting the highly contagious and deadly disease, from which Kyari lost his life.

The burial,which was aired on national television stations across the country showed a large gathering, which did not observe the social distancing protocol, as recommended by health officials.

A competent Presidency source said, “Security personnel at the Villa turned back President Buhari’s aides after attending Mallam Kyari’s burial ceremony of and coming in contact with several persons against the rule of the NCDC.

“President Buhari is not happy that the aides decided to violate clear protocols and guidelines of the NCDC and he directed that they should keep off the Presidential Villa to undergo self-isolation.”