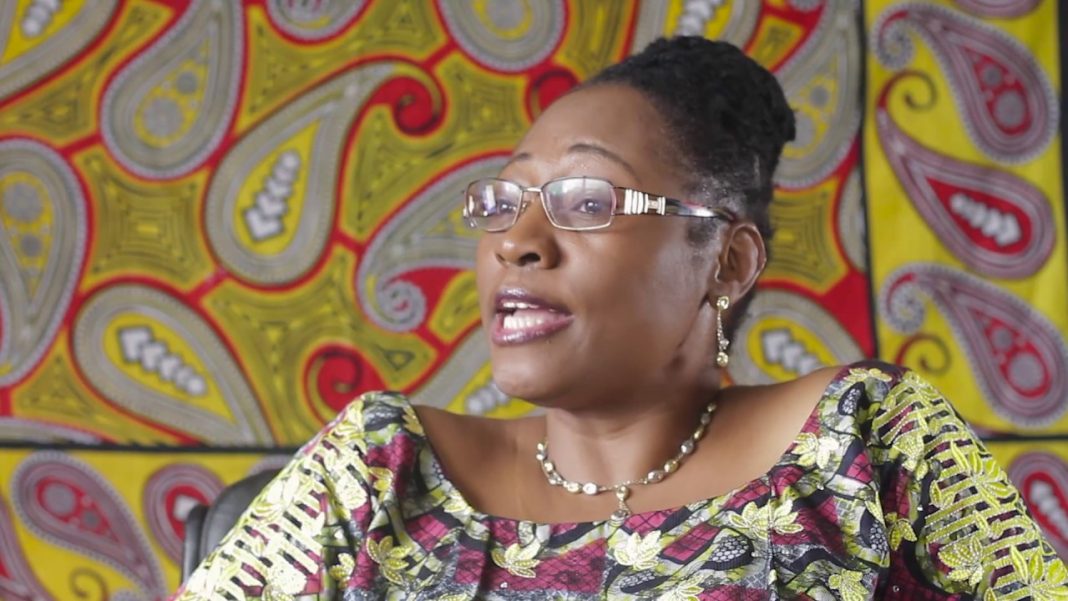 Last week, Vera Uwaila Omozuwa, a 22-year-old Microbiology student at the University of Benin, went to study in an empty church. From reports, it was not her first time of taking advantage of the peace and quiet to study there.

She was found raped and murdered hours later in the one place that was meant to be a safe haven. One of my young Tweeter followers said, ‘I am sure Mrs Fayemi is going to speak out and write a Loud Whispers opinion on this.’

Perhaps it would never have occurred to the young man that after following the terrible news about the case, and reading the reactions of some obviously unstable characters online, I had no intention of writing yet another article. I was too numb, and I still am.

I sent out a Tweet demanding that the Federal Government should declare a state of emergency on Sexual Violence Against Women; but I initially I did not want to write about the case this week. Why? Like many of my activist sisters and brothers, I am tired. Exhausted. Weary. Wary.

In the days of COVID-19 boredom, some people started all kinds of online contests and trends to while away the time. One of them was ‘Settling Matters’ usually about inane stuff. Well, the sexual violence ‘matters’ have been piling up. We were trying to understand what had happened with poor Uwa, when we heard of an 11-year old in Jigawa State, who was raped by eleven men.

For those who remember what it was like when we had records and record players, think back to what happened when there was a scratch on the record, and the player would get stuck and till we could find our way to where the player was, we would hear the same sound over and over and over.

During my Youth Service year, there was this man in the building I lived in, a former Flight Attendant called James, who seemed to be a few cents short of a dollar. He loved to play Bob Marley music. There was a scratch on the part of the record that had the track ‘I wanna jam it with you’.

Saying, talking and writing about the same thing over and over and over like eccentric James’s broken record player. What more is to be said about the abuse of women and children? How many more cases need to happen? How many more marches? Petitions? Training programs? Dialogues with the Police, political leaders, religious leaders, traditional rulers, teachers, radio programs, Nollywood, Yollywood and Kannywood dramas? The list is endless.

How many more broken souls and bodies can our handful of government shelters and dedicated Women’s Rights Organisations manage?

I keep thinking about all the essays I have written on this subject from different angles. Patriarchal norms and values, legislation, implementation, state accountability, justice for survivors, sensitization, socialization, treatment and care, masculinity, shaming and stigmatization of survivors, impunity, lack of political will and on and on and on.

In 2018 I wrote ‘A Time for Anger’, in which I said, ‘Today I want to talk about Anger. I have been quite angry for a while about the intense and unrelenting levels of violence against women and girls in Nigeria. From age 0 to 90, no woman or girl is safe. I am not the only one who is angry. Recently, there has been a lot of outrage about the fate of 13-year-old Ochenya Ogbanje, who died after years of sexual abuse at the hands of her uncle and his son. She is one of many. Too many. Ochenya’s death lit a fuse which has seen many women and men spring into action – through marches, protests and loud calls for justice, the anger at the death of yet another young girl is palpable, and will hopefully serve a purpose’.

It is always our fault. The way we dress. The make-up we wear, our hair. I ask (damn it) for the umpteenth time, the three-year old who was raped, what was she wearing? Sexy diapers? The 70-year old who was raped, perhaps her wrinkled thighs held a special attraction? Barakat Bello, who wore a hijab, perhaps her attackers found the hijab enticing? I was on a conference call yesterday with some women leaders, talking about high level advocacy and action on sexual violence. There was so much anger and frustration, some were in tears. I finished the call to attend an emergency Ekiti State Gender Based Violence Law Management Committee meeting. As we walked out of the meeting, we were told about a 17-year-old who had just been gang-raped by some monsters. Damn it!

In the United States, there is an alarming breakdown of law and order, sparked by the murder of George Floyd by cruel police officers. Genuine protesters seeking justice in the case have been infiltrated by those who have ulterior motives, resulting in the reckless looting of businesses.

Americans are now asking themselves the question, ‘Is this who we are’? We need to ask ourselves the same question here in Nigeria. Is this who we are? Predators and abusers of women and girls? A place where a four-year old gets blamed for being raped? A society where someone can say some female children have the ‘spirit of seduction’ right from the womb? The optimist in me thinks that we are slowly descending into a culture of tolerance of sexual violence as a way of life. The pessimist in me argues that we are not on our way, we have arrived at the bottom of the pit.

Going back to playing broken records. In November last year, I wrote, ‘We need a State of Emergency declared on sexual violence in Nigeria. We want accountability. We want justice and severe punishments. We need systems that work not the kinds of chronic dysfunctions we have in most of our institutions now, rendering them virtually useless. We deserve trained and sensitive police officers, skilled medical professionals, well-resourced and committed front line service providers and a judiciary that is fair and sticks to the rule of law and not personal prejudice. We need functional Sexual Assault Referral Centers in every state of the country, and every woman and child who needs help must be able to call someone who can respond. We would like to see law enforcement officers who will fight for justice for every victim and not be the ones enabling a culture of impunity to thrive. We require skilled professionals to provide psycho-social support to survivors and not freelancers trying to fill in the gaps. We need shelters to keep vulnerable women and their children safe’. Damn it! Damn it! Damn it! Damn it!

*Adeleye-Fayemi, a Gender Specialist, Social Entrepreneur and Writer, is the Founder of Abovewhispers.com, an online community for women and the First Lady of Ekiti State; and she can be reached at BAF@abovewhispers.com

Alawiye-King To New Employees: Familiarise Yourselves With Service Documents