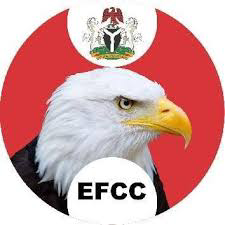 The Economic and Financial Crimes Commission, EFCC, has warned that with the way things are going, more than 70 per cent of Nigerian youth may soon become former convicts.

The reason for the assertion is jot unconnected the present high rate of youth involvement in cybercrime that looked insurmountable.

Speaking with journalists in Ilorin, the Zonal Commander of the antigraft agency, Usman Muktar, said that all hands should therefore be on deck to fight the ugly trend.

Disclosing that though the EFCC had witnessed an increasing number of arrest of Nigerian youth in cybercrime in recent time, all hope wasn’t lost yet, Mukhtar urged parents to ask their children questions about the sources of their sudden wealths.

He said, “When your children, who are in schools stopped asking you for money for upkeep or driving expensive cars, parents should ask questions.

“Unfortunately, some parents support these youth in internet fraud. They say it’s oyinbo money. How does that turn to be your money?”

Murktar lamented that free money from cybercrimes leads to use and sales of hard drugs and drug abuse, saying that all hands must just be on deck to save the situation.

He added, “Corruption among elected political office holders is also a cause for concern. People should ask questions about projects and quality of work/projects.

“It would make them sit up. Such programmes like TV/radio documentaries, write ups, whistle blowing, etc, should be encouraged, as we call on the media to join in the anti-corruption fight.”

Muktar warned fraudsters to desist from engaging in acts of corruption and steer clear of the three states under his command, saying that the “eagle eyes” of the Commission was widely open and ready to catch any corrupt individual, anytime, anywhere.

The Commission depends greatly on the media to achieve success in the anti-graft campaign, especially as it affects the prevention mandate, which is hinged on Section 6 of the EFCC Establishment Act.

Mukhtar added, “Without a doubt, the media is a critical stakeholder in the anti-graft war. With your pen, you could make or mar the fight against corruption. The media’s potential to inform and educate the people is crucial for us.

“We believe that on our own, we cannot win the war against corruption without a buy in by the people. This is where the support of the media comes in. We need the media to help sensitize the people on the ills of corruption and economic crimes.”

Muktar stated further that “how successful we are at what we do, depends largely on the media and the ability to achieve the prevention mandate of the Commission is totally hinged on the active involvement of the media, and we all know that prevention is cheaper and better than seeking a cure.”

The EFCC boss noted that the media was important in driving awareness and sensitization, and therefore called on media practitioners to help change the old order of celebrating morally bankrupt individuals and known fraudsters.

He further urged journalists to be credible watchdogs and assist the EFCC with actionable intelligence on economic and financial crimes in the state.

On the issue of cybercrime, the Zonal Commander stated that “the Command, which covers Kwara, Ekiti and Kogi states is engaging relevant stakeholders, including religious and traditional leaders, civil society organisations, CSOs, and the youths with a view to sensitise them on the inherent dangers of corruption.

The commander added, “My Command is certainly not going to be a safe haven for cyber criminals.”