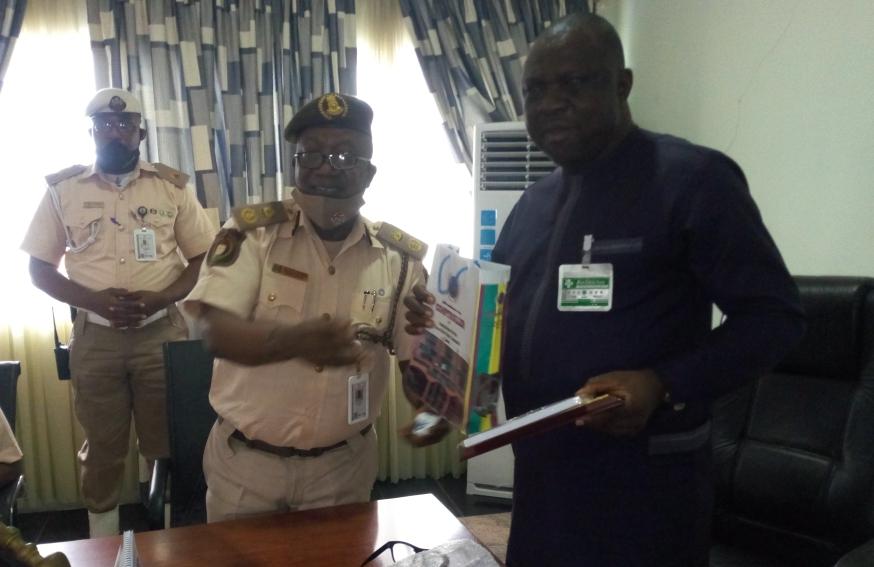 The Comptroller, Nigeria Immigration Service, Cross River State Command, Barr. Okey Ezugwu, has charged traditional rulers and politicians not to issue letters of recognition to illegal immigrants without due process, so as not to compromise the nation’s security.

Ezugwu gave the charge when he led a team of immigration officers on a courtesy visit to the office of the Speaker of Cross River State House of Assembly, Rt. Hon. Jonas Eteng Williams, in Calabar yesterday.

While expressing displeasure over the attitude of some traditional rulers, who were in the habit of issuing letters of recognition to illegal immigrants without following due process, the Comptroller warned that henceforth, the command under his watch would no longer tolerate such illegality and advised foreign nationals intending to enter the state to follow due process than make attempt to enter the state through the backdoor.

Ezugwu said, “I came here to tell you so that you can assist me talk to the traditional rulers, who were in the habit of issuing letters of recognition to foreign nationals without thinking of the dangers that such illegal immigrants can cause to the nation.

“I believe that they would listen to you, since you are a grass root politician and one with better influence that they can listen to.

“Men in uniform cannot solve this problem alone. Our belief is that if you talk to them, they would listen.”

He stressed that if there is any state that is vulnerable in Nigeria apart from states in the North East, it is Cross River, stressing that the vulnerability of the state stem from the fact that the state is situated close to the Calabar water way, which is a stone throw from the Republic of Cameroon, and Equatorial Guinea.

Insisting that almost every Cameroonian residing in Cross River State before the outbreak of the crises in Southern Cameroon is now a refugee, Ezugwu said, “Even those who were here before the outbreak of crisis in Southern Cameroon now claimed that they are refugees. I cannot sit down here fold my hands and pretend as if all is well. This is a challenge which we must all tackle.

Warning of the dangers of admitting illegal immigrants into the country with following due process, the Immigration boss said, “Traditional rulers and the political class are more culpable.”

In his response, the Speaker of the Cross River State House of Assembly, Rt. Hon Williams, who welcomed the immigration team to his chamber, said he was pleased by the visit and promised to do everything within his reach to ensure that the issue of traditional rulers aiding and abetting illegal immigrants into the country is put to rest.

He said, “We cannot sit and watch our country go the way it ought not to go and head towards a doom or destruction; as a people we must do everything within our reach to ensure that our country is given maximum protection.

“We promised to begin the campaign against reckless issuance of letters of recognition to illegal immigrants into the state.”T

The lawmaker pledged to tender the matter before the leadership of the Assembly for deliberation on the matter in order to find a way forward in curtailing the porosity at the border areas of the state.