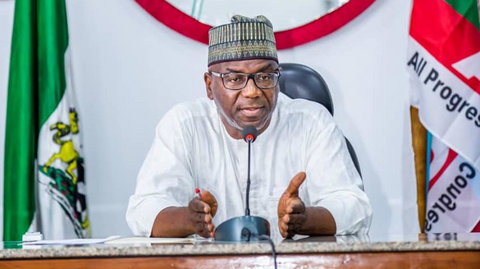 The Kwara State government has set aside N135,500,000 (N135.5 million) as lifeline loans to private school owners in the state as a way of removing the bottlenecks inhibiting schools’ reopening.

Coming under the Kwara State Social Investment Programme, KWASSIP, schene as interest-free loans, it would go round a total of 1,119 private school owners across the state.

A statement by the anchor of KWASSIP, Mohammed Brimah, said, “KWASSIP has engaged with the National Association of Proprietors of Private Schools, NAPPS, in Kwara State after they reached out for assistance to cushion the effects of school closure arising from the COVID-19 pandemic.”

KWASSIP disclosed that 1,119 private schools have been grouped into two, where members of each category would receive between N100,000 and N200,000 respectively, depending on their staff strength.

According to the KWASSIP Anchor, category A schools under the arrangement, which totaled 236 and have 20 staff and above, would each receive N200,000 to support their workers.

Category B schools, with 19 or less staff and totaling 883 schools, were to receive N100,000 each under the arrangement that is purely voluntary.

The state governor, AbdulRahman AbdulRazaq, had during a recent virtual meeting held with the umbrella bodies of private schools in the state, pledged to offer interest-free loans to the owners as salary-support for their workers in order to prevent massive loss of jobs and poverty surge in the education sub-sector.

AbdulRazaq said he would not be blind to the plight of any Kwaran, including proprietors and workers across private schools in the state, who he acknowledged had been hard hit by the COVID-19 pandemic due to the closure of schools and some other businesses for months.

The private school owners had during the virtual meeting commended the administration of the governor for the food palliatives given to them through the COVID-19 committee.

Meanwhile, the governor had officially launched the disbursement of the ‘Owo Isowo’ (the state’s brand of Tradermoni), a component of the state social investment programmes to assist 21,623 petty traders across the state.