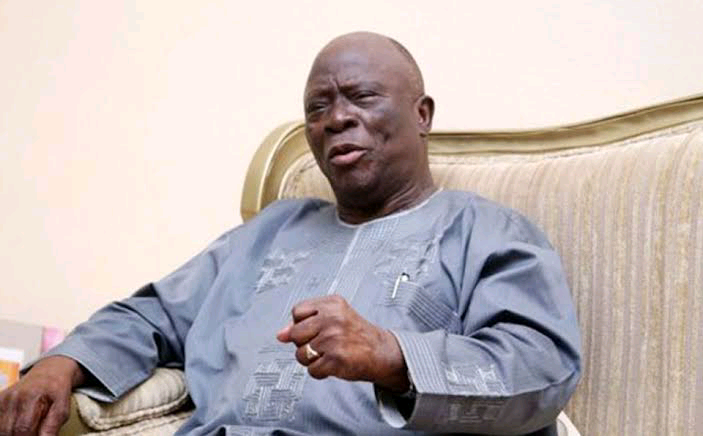 Pan-Yoruba socio-political organisation, Afenifere, has insisted that the restructuring of the country must take place before the 2023 general elections.

In a five-point communique issued at the end of its acting Leader, Ayo Adebanjo, at Sanya-Ogbo, Ijebu-Ode, Ogun State, Afenifere lamented that the country is bleeding in many parts, with the rate terrorism and related vices are spreading, noting that there is the need for the Federal Government to urgently put a halt to acts of terrorism, kidnapping and herders/farmers clashes.

The communique, signed by Afenifere Publicity Secretary, Comrade Jare Ajayi, said that government can achieve this by immediately allowing states to have their own police, maintaining that security aparatus should be democratised to the local level.

Afenifere stated further that as a result of the challenging situations facing the country, it is ready for meetings of stakeholders, where the issues of restructuring, devolution of power, and true federalism would be firmed up, noting that the outcome of such deliberations are to be passed into law and be made operational immediately.

The communique read in part, “It is a matter of interest that the President said that he is now favourably disposed to restructuring. We urge him to send a bill to the National Assembly on it immediately after the planned deliberations by the stakeholders in the country.

“Afenifere strongly holds the position that the restructuring should be done before the next elections in the country.

“In the meantime, every community must be at alert to realise that they must defend themselves from bandits, who seem to have declared war on Nigeria.”