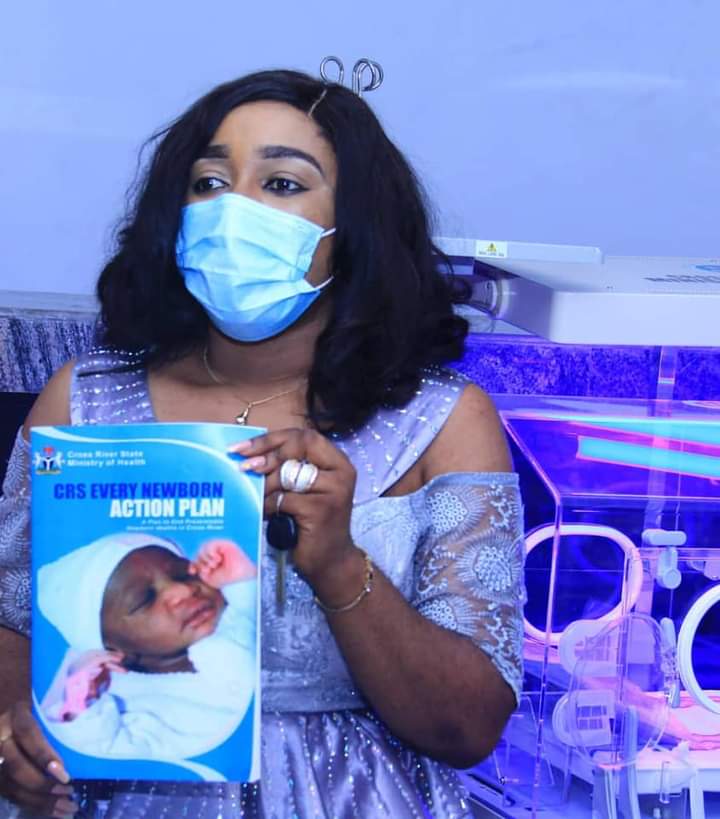 The Cross River State government in her effort to reduce the rate of newborns and infant mortality across the three senatorial district of the state has under the auspices of the state Ministry of Health, procured digital incubators and photo therapy machines that would help in the preservation of newborn, delivered before the normal nine months.

The state Commissioner for Health, Dr. Betta Edu, disclosed this yesterday in Calabar, during the launch of ‘Every Newborn Action Plan,’ aimed at reducing newborn mortality in the state.

Edu stated that one of the biggest issues in the Nigerian health sector is the alarmingly high maternal and new born mortality rate, stressing that Nigeria now has worse indices across sub-Saharan Africa.

Insisting that the picture in many states of the federation looks the same, Dr Edu added that Cross River State has decided to take the bull by the horn to reduce deaths that are preventable, stressing that the state is deploying useful bottom-up approach so that lives can be saved.

Edu, who doubles as Chairman of Nigeria Health Commissioners’ Forum, maintained that the state would do everything humanly possible to reduced the number of new born deaths to the 50per cent within the next year

She said, “We are going to match words with action and its the reason why we purchased and handed over several incubators and phototherapy machines to General Hospitals in the state.

“You will agree with me that prior to this time, our General Hospitals didn’t have functional incubators that can be used in the management of premature babies; most didn’t have phototherapy machines which led to the death of many of these premature babies and babies suffering from neonatal jaundice.

“That circumstance lead to increase in the number of newborn mortality figures.

“We are happy that we are able to improve our own quality of care and bring solutions to the system.

“Our health workers will be trained on newborn care as we work together to improve child survival rate in the state.”

The commissioner stressed that enrollment of Cross Riverians and implementation of the state Health Insurance Scheme will further protect newborns, as pregnant women and under fives will be covered for free under the scheme.

The Director-General of PHCDA, Dr Janet Ekpeyong, also gave strong commitment to the full implementation of the Newborn Action Plan in the state.

Noting that the health workers at the primary level will be mobilized and trained to improve on newborn care, she added that patients that might need more specialized care like premature or jaundiced babies would be referred to the General Hospital.

In the same vein, Dr Ushie, Special Assistant to the governor on Health Matters promised to work assiduously with the ministry to achieve set targets.

The policy plan has contributions from and was reviewed by Prof Mabel Ekott, Chairman of SOGON CRS.

Prof Ekott and Dr Emmanuel Adams, CRS Pediatric Committee boss, congratulated the state for taking the first step in the right direction, which is to get a plan!

They however called on the state to speed up full implementation of this great plan to save lives of newborns in the state.

The Medical Superintendent of the General Hospital, Calabar, Dr Kumah, thanked the state for the speedy transformation happening in the health sector.

He said in addition to the upgrade happening across several General Hospitals in the state, the state has procured equipment that will improve the quality of care offered, saying, “With the environments the state Ministry of Health are creating, health workers are motivated to do better.”

He noted that the hospital didn’t have a functional Incubator before now, adding that “this will change the game for us in newborn care across the General Hospitals.”