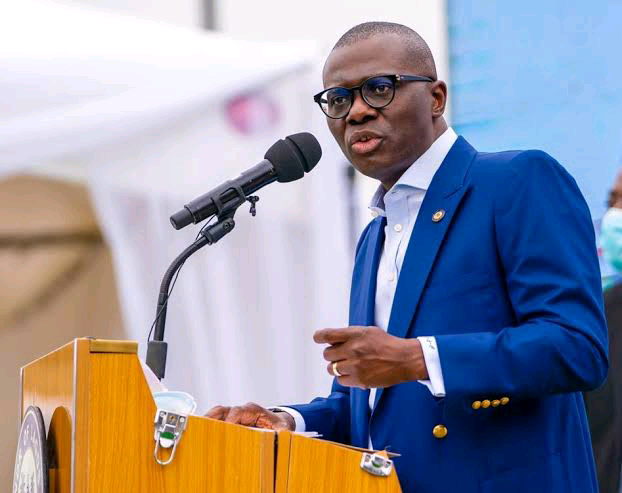 A non-governmental organization, NGO,l Labour and Workers’ Welfare Advocacy Centre, LAWAC, has lauded the efforts of the Lagos State government, which had been yielding internally generated revenue, IGR, up to a whooping sum of N42 billion monthly in the last two years!

The commendation was contained in a statement from the Cnetre’s Convener, Omobanke Razak, where he stated that it takes only a brilliant and financial expert like the Lagos State governor, Babajide Olusola Sanwo-Olu, to perform such a landmark feat, saying that the people of the state need to be congratulated on having a performer as governor.

The group’s statement came on the heel of a ministerial briefing, where the Commissioner for Finance, Dr. Rabiu Olowo, disclosed that “Lagos State generates N658 billion annually, and N42 billion monthly in last two years,” enthusing that the state has got a competent pilot to steer its ship to a promised destination.

Further expressing the delight that the effects of the revenues being generated are manifest everywhere in terms of capital and human development, the Centre added that, “the case of Governor Sanwo-Olu in the state is what we can term as, ‘always on the march again,’ because he never looks back when performing.”

The cEntre insisted that the feat was made possible due to the assemblage of Sanwo-Olu’s team of competent hands, whose support for their boss had led to series of innovations and transformations that always give birth to initiatives that are beneficial to the citizenry.

The NGO also gave kudos to the governor, who it described as “focused administrator,” over the prudent management of the state resources through the THEMES agenda that has been transforming the state to an enviable height of world standard, stressing the need to give the current administration in the state the deserved maximum support to do more.

Razaq, in the statement, further saluted the efforts of all those assisting in policy making under the supervision of Sanwo-Olu to guarantee formulation, coordination and implementation of the state’s finance, thereby leading to budget discipline, insisting that, without such level of competence, ability to determine funding priorities would be wobbling.

The NGO, however, did not forget to urge the governor to always remember that accolades for job well done is an indirect way of asking him to do more, asserting that all the deserved commendations are clarion calls to forge ahead until the promised land is in sight.

It added, “We salute Governor Sanwo-Olu’s team of competent and experienced hands in the way the affairs of the state are being handled with dexterity,” and pointed out that their vigilance and monitoring must have curb excesses of some unscrupulous elements in the society to detract the administration into losing focus and derail.

The NGO further expressed appreciation to all hands that had helped and still helping the administration to guarantee blockage of loopholes, optimize revenue and ensure judicious utilization of the state’s funds for the benefit of the generality of the people.