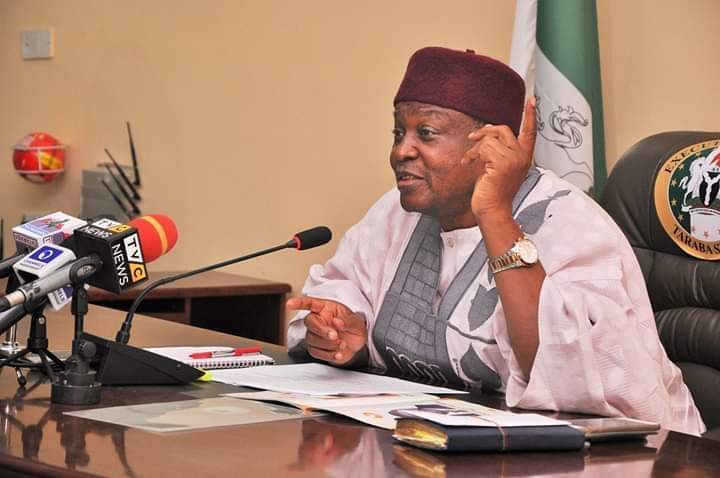 Taraba State governor, Darius Dickson Ishaku, on Wednesday, directed civil servants from Grade Level 01 to 12 in the state to stay at home for two weeks effective from March 25due to the pandemic COVID-19.

The directive was contained in a press statement issued in Jalingo, and signed by the Chief Press Secretary, CPS, to the governor, Hassan Mijinyawa.

While imploring the people of the Taraba State to imbibe the culture of social distancing and frequent hand washing, Ishaku mandated state health workers on essential duty to continue their services to the state.

Although no case of coronavirus has been reported in the state, the government said the proactive measures being put in place were aimed at arresting the virus from spreading into the state.

In a related development, the Taraba State chapter of the Tiv Social Cultural Association, Taraba State Chapter, on Wednesday, announced the postponement of her planned annual cultural convention scheduled to hold in Bali on March 28, 2020.

Chairman of the Convention Planning Committee, and a member of the Taraba State Independent Electoral Commission, TSIEC, Chief Emmanuel Orabunde, made the announcement of the postponement at a media briefing in Jalingo.

Orabunde said the decision to postpone the convention was in line with the state government’s directive on public gatherings to halt the spread of the COVID-19 into the state.