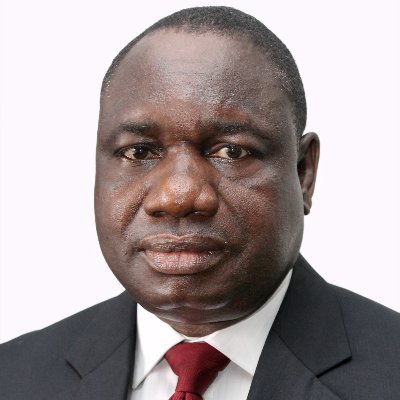 Following what he called biased opinions which had flooded the social media in the wake of the welfare package initiative of the Lagos State government to support indigent and needy residents of Lagos State,

In the past few days, the social media have been awash with biased opinions about the welfare package initiative of the Lagos State Government to support the indigent and the vulnerable, the state Commissioner for Information and Strategy, Gbenga Omotoso, has clarified that it was not meant for everyone.

Omotoso made the clarification in a statement he signed and made available to newsmen, stating that the welfare package was one of the various decisions taken by the Lagos State Executive Council to ease the discomfort thrust on Lagosians by the lockdown announced by the Federal Government, especially on those who earn daily income.

He said, “It has become necessary to reiterate the modus of distribution of the welfare package as well as the category of beneficiaries of the government’s compassionate gesture, which is deliberately being distorted by mischief-makers.

“For the avoidance of doubt, the first stage of the welfare package was designed to cater for 200,000 households, comprising of a father, mother and four children, across the 20 local governments and the 37 local council development authorities. It is a misconception that it was meant for all Lagosians. No.”

He clarified that beneficiaries of the gesture are all aged residents who are not only above 60 years old, but also registered with the Lagos State Residents’ Registration Agency, LASRRA, adding tgat this category of recipients were sent text messages and were requested to confirm the accuracy of their details, such as name and home address.

He added, “They have since responded to the text messages so as to benefit from the package.

“The food relief materials for the above 60 group are being delivered directly to the beneficiaries by representatives of the state government based on the data with the LASRRA.”

He disclosed further that other categories of beneficiaries are the indigent and vulnerable within the various communities at the grassroots, adding that “as part of strategies to ensure that the relief packages reach the deserving beneficiaries, the state government involved Community Development Associations, CDAs, and their committees, as well as community and religious leaders, to collate the names of community members who deserve to benefit from the palliative measure.”

The commissioner also added that the CDAs were also tasked to ensure that the items were judiciously distributed, insisting, “The government is constantly monitoring the process and has observed some lapses that gave rise to the negative comments on some social media platforms.”

Reiterating that the lapses are being addressed to fine-tune the strategies adopted in getting the food items across to the intended recipients of the package, Omotoso revealed that “in all, about 100,000 households across the state have been reached since the exercise started.”

He said, “Lagosians should remain confident that the state government is working to ensure that the lapses are addressed so that the vulnerable, who Governor Babajide Sanwo-Olu said will not suffer, will benefit from this laudable intervention.”