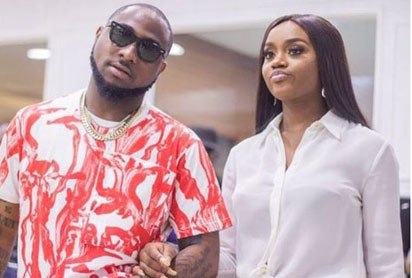 Facebook
Twitter
Pinterest
WhatsApp
Email
By Vanessa Okwara
Popular singer, Davido, has said that his fiancée and mother of his son, Chioma, who tested positive for coronavirus is yet to show symptoms of the disease, just as he disclosed that the results of his second test came back negative.

Recall that Davido was persuaded by fans to take another test after Chioma tested positive for Coronavirus.

Also, Seyi makinde, the governor of Oyo State  who came in contact with the singer also tested positive for Coronavirus days ago, thus complicating Davido’s coronavirus status, as it can’t be 100 per cent sure he is free from it.

This necessitated Davido undergoing a second test, but he still tested negative.

Responding to a fan, who asked of Chioma’s health, the ‘OBO crooner’ said she is perfectly fine.

The fan had asked, “Congratulations; Hope Chioma is getting better now? Wishing her a quick recovery.”

To which the singer had responded, “She hasn’t shown any symptoms till now. She is perfectly fine.”