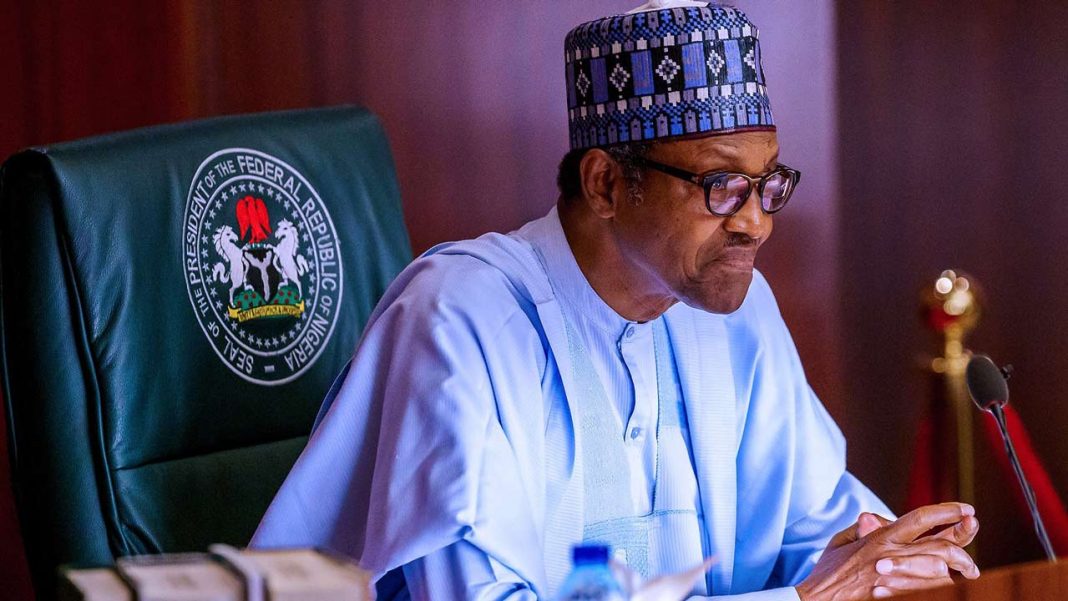 The 23rd child of his father, retired Major General Muhammadu Buhari joined the military in 1962 at 19 and at 40, he toppled a democratically elected civilian government to become Head of State before he was booted out of power at 42.

Within the first 20 years of his working life, Buhari made hay, attaining the pinnacle of his potential. Clearly, he was an exemplary youth.

I ask, who among the unruly Nigerian youths that recently disturbed the piece of the country with protests at the Lekki tollgate, possesses any achievement akin to this world-class record of Buhari? Who?

Not given to frivolities like today’s youths, Buhari is serious. Even in middle age, Buhari was quite unlike the fanny-scratching dingbat from Ile-Ife, who always opens his mouth before thinking, recently cursing and spewing rubbish after President Donald Trump lost the American presidential election. That was a terrible example of a brainless youth living off the heritage bequeathed by his controversial lineage.

Unlike the fabled Solomon Grundy, Buhari’s life is eventful and enviable. Therefore, whenever the President looks down on Nigerian youths and harshly mocks their luckless destinies, we should understand; Sai Baba is only holding them up to his own matchless standard.

When presidential spokesperson, Femi Adesina, last week said Buhari acted like a father after deploying soldiers to murder innocent youths protesting police killings and brutality at the Lekki tollgate, he forgot to add that, “Buhari was teaching a lesson in the destructibility and ephemerality of human life because life is but a walking shadow.”

I wish Nigerians knew the value of our President and accord him due respect. With Nigeria proclaimed as the global capital of poverty on the strength of just 80 million of her 200 million population living below poverty line, is it wrong to feel exasperated and deploy soldiers to suppress a legion of hopeless youth protesters disturbing the peace of a retired septuagenarian soldier?

Many have cursed Adesina out for tactlessly defending Buhari’s endless gaffes. Many have argued that working as spokesperson in the Office of the President sends truth, compassion, humility and integrity on sabbatical. I disagree.

Did erstwhile diligent labourer in the presidential vineyard, Reuben Abati, not disclose to an unbelieving nation that demons abound in the Presidency that could turn the hearts of good people into stones, and twist their heads backwards like a roadkill at dusk.

How many of the protesting youths ever enjoyed scholarships like Mr President, or how many of them were ever sponsored by Nigeria for any endeavour? So, shouldn’t these youths who never benefited anything from Nigeria show some respect to a President, who has lived his life on the generosity of the country? If Adesina picks an offence against nameless youths taking the name Buhari in vain, or Minister Lai Mohammed seeks to restrict the use of social media, are they unjustified?

You never value what you have until you lose it. May Nigeria not lose Buhari now. Show me an enterprising President, and I’ll point at Buhari.

At barely 20, Buhari was commissioned a second lieutenant of the Nigerian Army in 1963, before assuming various posts such as military governor of the old Gongola State, petroleum minister, among others – within an Army, whose generals were notorious for coup plotting, pepper soup eating, beer guzzling and messing up with ladies inside officers’ mess.

The messiness within Nigeria’s military was publicly derided by the Lagos police command spokesperson, Alozie Ogugbuaja, who stirred the hornets’ nest in the 1980s.

If you ask Adesina and Buhari’s other spin doctors, it’s not Buhari’s fault that Nigeria’s military is even worse off today with loyalty and esteem in tatters while ethnicity, corruption and nepotism have become epaulettes worn over patriotism and competence.

The fault is in Nigeria’s stars which failed to avert the sacking of the Fulani Major General as commander-in-chief by the bloodiest of the Nigerian military generals, Ibrahim Babangida, in 1985. The fault is also in Nigerians who refused to resist Babangida and his bloody co-coupists from taking over power. To perpetually stay in power for Nigeria’s sake, Buhari, surely, wouldn’t have flinched if the dog and baboon were soaked in blood.

No country has a President like Buhari – simple and plain like tea without sugar. I’m proud of my President. I don’t know why you’re not. Unlike the Ghanaian ex-president, Jerry John Rawlings, who died last week at 73, Buhari, 77, can’t produce his secondary school certificate, though he saw the inside of a secondary school.

Shortly after graduating from Achimota College in 1967, Rawlings enlisted in the Ghanaian Air Force, and was commissioned in 1969 as pilot officer.

As much as I tried, I couldn’t lay my hands on any record of Buhari bagging any distinguishing personal award as a soldier in training, whereas Ghanaian military records show that Rawlings won the prestigious ‘Speed Bird Trophy’ as the ‘best cadet in flying the SU-7 ground attack supersonic jet aircraft’.

Idioms don’t fly with soldiers because soldiers mean what they say and say what they mean. With soldiers, kill and shoot are hallowed words without synonyms. With the time Buhari has spent mixing up with bloody civilians in the last 35 years, however, he must have learnt some idioms.

The expression, ‘the fish rots from the head down’ is an idiom that won’t be permissible in Aso Rock because of its meaning, which indicts leadership. Rather, Aso Rock will accept the biology fact that fish truly rots from the guts.

I strongly believe that the Nigerian fish rots from the head down. Were it not so, the Buhari administration wouldn’t have clamped down on the organisers of the Lekki protests, freezing their bank accounts and hounding them. If the Nigerian fish isn’t rotten from the head, under Buhari, soldiers won’t open fire on harmless youth while the Lagos State Governor, Babajide Sanwo-Olu, and military authorities engage in shameless buck passing.

If Buhari and his Army were not a crude joke, the military wouldn’t have declared Boko Haram factional leaders, Abubakar Shekau, and Maman Al-Barnawi, along with 84 others wanted, last week, having declared both terrorists killed on a number of occasions in the past.

I love idioms, and I will close with three. Buhari and his military are cut from the same cloth. In 2023, I hope Nigerian youths will strike while the iron is hot so that our nation may be saved by the bell.

From Trump to Biden: An American Rebirth