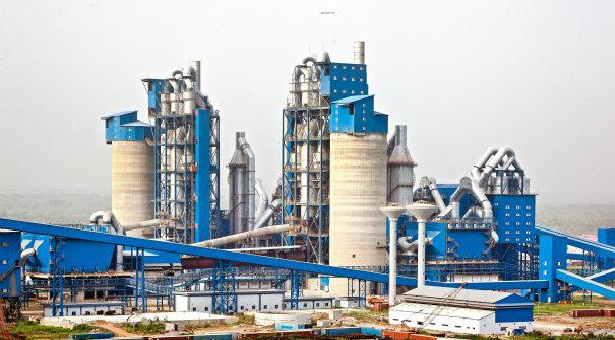 Indigenes of Ijako – Orile in Yewa North Local Government Area of Ogun State, including the youths and the elderly, on Monday protested the non – payment of their ownership entitlements to the land on which Dangote Cement Plc factory was built on in Ibese.

Few representatives of the youths and the elders of the community went to the Dangote Cement Plc factory Monday morning and submitted a letter of appeal to the President of Dangote Cement Plc, Alhaji Aliko Dangote over the issue.

Speaking with journalists after submitting the letter, receipt of which was acknowledged by the company, the three signatories to the letter, Princes Ayeseni Shewu, Basiru Gbadamosi and Olumide Akinyemi, as well as their counsel, Chief Adekunle Funmilayo, informed journalists that their initial plan was for the community youths and elders to storm the premises of the cement company in a peaceful protests, but said that they see the mood of the nation, having just came out of the recent #EndSARS protest, which was hijacked by hoodlums and therefore allowed few representatives to participate.

They told journalists, “We would have mobilised all our youths to this place, but we don’t want our peaceful protest to be hijacked by thugs and miscreants.

In the letter sent to Aliko Dangote, copies of which were made available to journalists, the Ijako – Orile community said they own the land upon which the Dangote Cement Plc factory was sited and that they were compelled to file an action before the Ogun State High Court (Suit No HCY/3/2011) when all efforts to claim their rights on the land the cement factory is operating proved abortive.

The letter stated, “While in court, Dangote and Ogun State government’s counsel approached our community to settle the matter amicably out of court and the honourable court gave the parties the opportunity to do so. Several meetings were held on countless occasions both in Ogun and Lagos states and Dangote Cement Plc officials were always present, promising to act on the consensus arrived at by the parties.

“To our chagrin, nothing has been done despite the fact that we have gotten to the stage whereby we wrote a letter of definite demand in accordance with the decisions reached at the meetings, yet no reply has been communicated to us

The community in the letter therefore said it wants Alhaji Aliko Dangote to wade into the matter and ensure that the matter is resolved, saying, “This is the ninth year of the existence of the matter with Dangote Cement Plc officials singing song of settlement in court, making it look like the community is being taken for a ride, yet we are a peace loving people whose rights have been trampled upon in this case.”