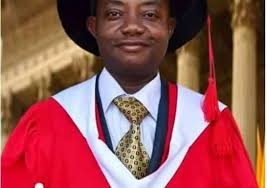 The Kwara State Polytechnic, Ilorin, is floating a micro finance bank and the sum of N50 million has been earmarked for its take off, the Rector, Engr. (Dr.) Jimoh Abdul Mohammed, has said.

Addressing journalists at the Polytechnic Campus to mark his one year in office as Rector, he said the N50 million was loaned, while registration for the bank and other ventures to generate revenue for the school was at an advance stage at the Corporate Affairs Commission, CAC.

Disclosing that the institution had since 2015 been living on the meagre revenue internally generated because government had stopped subventions to it, Engr Abdul said in realisation of the enormous benefits to staff and the Polytechnic community, particularly the bank, the management under him was committed to the proposed project business ventures and see to its laudable success.

He said, “We have opened an account with the parent bank for the MBF, and at present, our proposals are before the Corporate Affairs Commission, CAC, awaiting final registration and approval.”

The bank, for instance he said, would be completed by the end of the year 2020, adding, “When it is in full operation, it is expected to boost the Polytechnic revenue generation and stand a pride of the institution.”

Listing his achievements in the last one year, Engr. Mohammed said he had successfully resuscitated the zero-water supply to the polytechnic pointing out that he inherited an institution whose toilets were not having water to use.

Others were renovation of bad building structures in the school, fixing bad learning equipment, repairing storm ravaged buildings and staff quarters that had for years been bad.

He disclosed, “In attending to the needs of the students in the lecture rooms, we bought new chairs and tables from the little savings we realized from NIPOGA budget up to 255 pieces and this had helped in solving issues of inadequacy of those materials.”

“This had been stopped by the immediate past administration since 2015.”

Meanwhile, Dr. Mohammed said he inherited sharp practices in the system, leading to leakages of fund which he had successfully blocked, promising a hard time for officers who see it as rights to engage in the acts.

Such acts, he said, were done through illegal collection and defrauding innocent students of their school fees, causing payment for the collection of certificates and fictitious wage bills.

Meanwhile, the Rector said he would start rewarding hard working and sincere staff of the polytechnic by organising a merit award night in an elaborate ceremony at the end of each year.