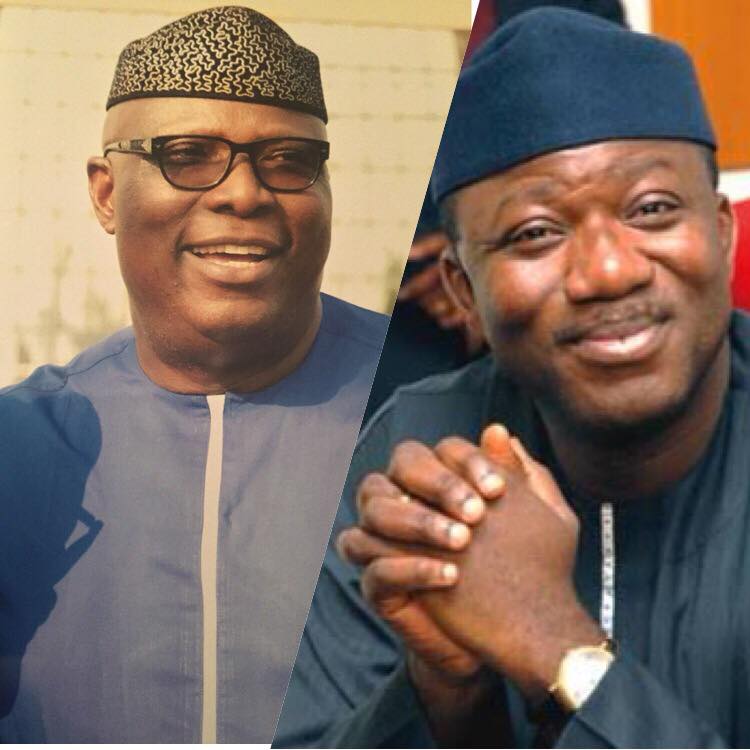 The public has been alerted of, and asked to ignore a misleading publication, headlined ‘Fayemi’s Failed Mission To Villa With Giadom,’ published by the Nation Newspapers online on Wednesday, June 24, 2020.

In a press statement by the Chief Press Secretary to the Ekiti State governor, Yinka Oyebode and made available to CompassNG, the alleged falsehood was alleged to have been fabricated by “a senior aide of the Presidency and a former senator, Babafemi Ojudu, and planted in The Nation Newspaper, after it was rejected by some State House Correspondents, who rebuffed the former senator for the misleading and malicious story.”

Oyebode added, “It is on record that Senator Ojudu, in his desperate bid to rubbish Governor Kayode Fayemi, had told his close associates that he would battle Governor Fayemi, who is also the Chairman of the Nigerian Governors’ Forum, NGF, with falsehood and cheap blackmail in his nefarious attempt to destabilize the All Progressives Congress, APC, in Ekiti State.”

While recognizing Ojudu’s right to continue to tread the path of perfidy, which he said has been his lifestyle from time immemorial, Oyebode said that the least expected of leading national newspaper of The Nation’s calibre, whose motto is “Truth in Defence of Freedom” is to buy into such cheap blackmail in form of an unverifiable report, “without due regard to the principles of fairness. This is more so that modern technology has made the business of news gathering and editorial checks a lot easier, especially if the mission is about public good.”

The statement added, “For the purpose of clarity, it is important to state that the Nation’s report was clearly a misleading one designed to cast aspersion on the person of Governor Fayemi and create an impression that the NGF Chairman is an unwanted visitor at the Villa.

“The largely unsubstantiated report was filled with bile, childish and unexplainable fury that signified nothing, just like a tale fit only for the tabloids. We therefore implore the general public to disregard the highly illogical concoction that was served as an exclusive story.

Setting the records straight, Oyebode declared unequivocally that Governor Fayemi had no plan nor reason to see Mr President on Tuesday late afternoon as maliciously presented in the Nation’s report.

He said, “The Governor, had earlier seen Mr President at noon in company of three of his colleagues – Governors Abubakar Atiku Bagudu (Kebbi); Simon Lalong (Plateau) and Badaru Abubakar (Jigawa). Also present at that meeting were the Chief of Staff, CoS, to the President, Prof Ibrahim Gambari and Honourable Attorney General of the Federation, Abubakar Malami.

“Governor Fayemi was in the villa later in the afternoon to see the CoS and State Chief of Protocol, SCOP. The Ekiti State governor was never denied any opportunity to see President Buhari as he did not ask to see the President and neither did he go with Chief Giadom.

“We are aware of surreptitious efforts to demonise and blackmail Governor Fayemi on account of the challenges the ruling APC is undergoing.”

Oyebode said that the state government has avoided joining issues with the barrage of falsehood, personality attacks and campaign of calumny against Governor Fayemi on social media in the last two weeks, “because it is not in Dr Fayemi’s character to engage in unintelligent rabblerousing in the media.”

The statement added, “As a principled democrat, Dr Fayemi is committed to fighting for the principles of democracy within the political party he laboured with other notable Nigerians to birth. It is normal for political leaders to be in disagreement, but it should not lead to campaigns of calumny based on falsehood.”

While imploring The Nation newspapers and other media organisations to be wary of unfounded stories garbed in the toga of ‘exclusives’ by disgruntled elements “like the Special Adviser to the President on Political Matters, Ojudu, who are now masquerading as news sources, Oyebode said that Governor Fayemi’s position on the APC crisis has been to consistently subsume his views in the position of the Progressives Governors Forum, PGF, as expressed by its Chairman.

He added that the Ekiti governor has not spoken on the party crisis in any public forum, but continue to urge all members and lovers of the party to exercise restraint and support the leader of the party, President Buhari and other leaders desirous of resolution to give peace a chance.