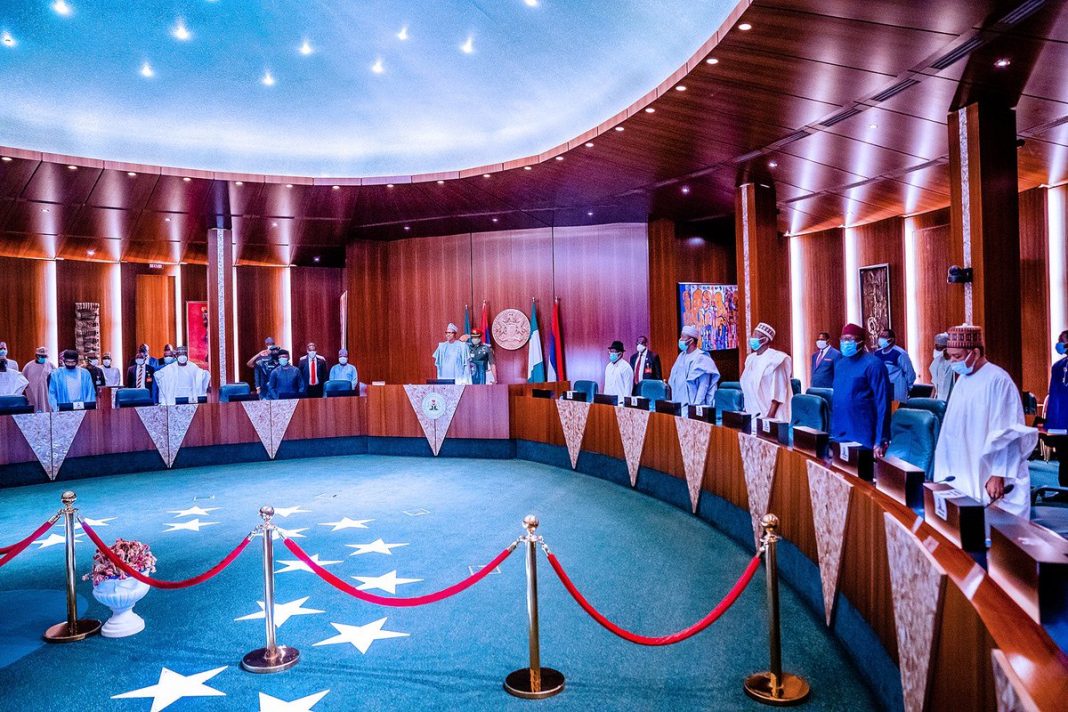 The controversial virtual National Executive Committee, NEC, meeting of the ruling All Progressives Congress, APC, called by embattled Deputy National Secretary of the party and endorsed by President Muhammadu Buhari, has on Thursday dissolved the National Working Committee, NWC, of the party.

Consequently, the governor of Yobe State and former National Secretary of the party, Mai Mala Buni, has been appointed to oversee the affairs of the party as Caretaker National Chairman of the party and was sworn-in by the Attorney General and Minister of Justice, Mr. Abubakar Malami.

Part of Buni’s mandate, is to oversee the conduct of the forthcoming APC convention. He is expected to combine his portfolio as Yobe governor with that of running the APC until the party’s national convention elects new national officers.

The NEC has also ratified the governorship primary in Edo State which produced Pastor Ize Iyamu as its governorship candidate for the September 19, 2020 gubernatorial election.

Also physically in attendance were 16 governors elected on the platform of the APC and they include: the governors of Nasarawa, Niger, Jigawa, Pleateau, Imo, Kogi, Yobe, Gombe, Osun, Ogun, Lagos, Kwara, Kebbi, Kano, Kaduna and Ekiti states.