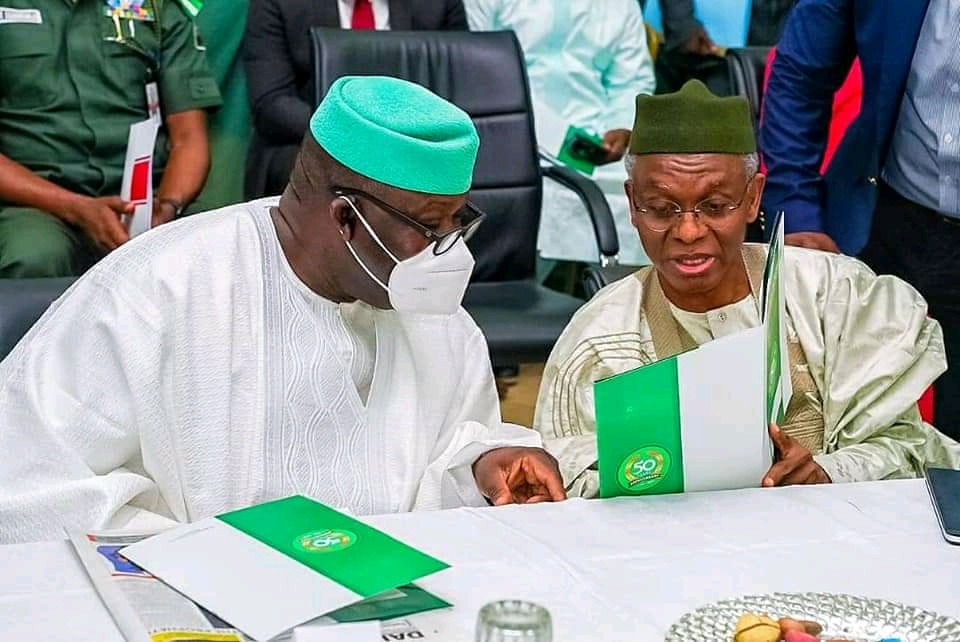 Segun Ayobolu’s piece titled: #EndSARS Protests – Any Lessons Learnt? published on the back page of The Nation newspaper of Saturday 5th December, 2020, is nothing than throwing unprovoked rocks and boulders at the personalities of Dr. John Kayode Fayemi and Mallam Nasir El-Rufai, governors of Ekiti and Kaduna states, respectfully.

And we know why he had to do what he did, even against his conscience: He must pop up some ambition and cut down anyone seemingly posing a threat to it.

For the better part of his piece, Ayobolu did a positive and conscientious appraisal of the Fayemi lecture. He acknowledged the fact that the Ekiti State governor and Chairman of the Nigeria Governors’ Forum, NGF, justified why he was specifically invited to give the lecture in commemoration of the 50th anniversary of the Historical Documentation and Research Centre, also known as the Arewa House.

Truth be told, the problem with Ayobolu is not about what Fayemi, El-Rufai or anyone that spoke at the lecture had said. After all, Ayobolu himself had described the lecture and the lecturer as “impressive and its philosophical depth…enthralling.”

The problem, on the other hand is that the two governors spoke articulately and intelligently, and as such, must have threatened to take the wind out of some sail.

James Madison once stated that if people were angels, we would have no need for law and no government would be necessary.” But people are no angels. I dare add that even where angels are, people still make laws and government is still necessary. In other words, there will always be the need to scout for an ideal, even in a saner clime.

Fayemi and El-Rufai indeed spoke their minds at the Arewa lecture. They did not beat around the bush, they did not pretend as if all was well around them and with the government where they hold sway, they did not advocate for any political correctness that would favour them or anyone. Rather, they spoke the truth to power. They advocated for a great Nigeria and what is required to make the country great.

According to Ayobolu, Fayemi gave a characteristically brilliant account of himself. Ayobolu was however quick to add that Fayemi’s observations and adumbrations sounded to him as a rehash of what had been said in different words, by analysts of the Nigerian political terrain in the past.

Ayobolu recognised Fayemi’s assertion that “From the demand of the #End SARS, we have seen vigorous demands for greater accountability and greater efficiency in government. What I understand the youths to be saying is that we, the older generation, have failed them by our inability to create a system that supports their dreams and accommodates their aspirations.”

He further acknowledged El-Rufai’s stressing the imperative of moving fast within the context of the times “with a sense of purpose to remove the structural impediments that hobble our country.”

So why must he fault these two governors for making bold to say what other people have been saying in hush tones, or in parables?

Ayobolu can only undermine the contributions of Fayemi and El-Rufai at his peril, just like he had done in the past. Unlike most political giants, Fayemi’s sense of recall and foretell cannot be ignored. He combines the intellectual standard of a philosopher with the moral perfection of a statesman. This has made him a modern-day philosopher. Ditto El-Rufai

Assuming, without conceding that Dr. Fayemi and Mallam El-Rufai boast of being Buhari boys, where lies the guilt? Could they have claimed closer affinity with the President than some other persons? What if El-Rufai had chaired the APC Committee on True Federalism, completed the task and submitted a report? Would he have equally implemented the recommendations or force the President to implement them, not on the president’s terms and time, but on his?

Should Fayemi as the Chairman of Nigeria Governors’ Forum have carried placard against the Presidency for not implementing the El-Rufai committee’s recommendations according the NGF’s terms and conditions?  After all, several other lectures and colloquiums have come up in the past, where prominent people had spoken on serious issues of national concern.

Ayobolu failed to extend his umbrage at the organisers and those who delivered lectures on such occasions. He owes us explanations as to why their recommendations have not been rammed down the President’s throat.

Recommendations made at lectures or colloquiums are exactly what they are called: recommendations. At the President’s disposal are hundreds, thousands, nay, millions of such and only the President can determine what to do with them. He can accept or reject at will. If accepted, he would also implement at his own time, based on the constitutionality or otherwise of such recommendations, and not otherwise.

Ayobolu may still need to go back to the Fayemi inaugural lecture at the Arewa House. The august lecturer spoke about what should be done by all and sundry in the nation’s journey to greatness. He neither dictated nor recommended anything specifically for President Muhammadu Buhari to do.

If Fayemi has anything to discuss with the President, going by his perceived closeness, he would not be talking about it in the open. He will talk directly to the President and not talk about the President at an open function. Ditto El-Rufai.

Ayobolu observed that El-Rufai said Fayemi was invited to deliver the lecture for a purpose. Sure. Or is there any lecture that a guest lecturer would have been invited just for the fun of it?

In 2012, the trio of Dr. Fayemi, Prof. Osinbajo and Chief Emeka Anyaoku were the guest speakers at the Colloquium to mark the 6oth birthday of former governor of Lagos State and (then) leader of the Action Congress of Nigeria, ACN, Asiwaju Bola Tinubu. Was it for the fun of it?

Speaking at the event, Governor Fayemi stressed the need for Nigerians to sit down and re-order the mechanism of the nation’s federalism so that governance could be made participatory and people-oriented.

He said the present constitution of the country betrays the idea of true federalism and is far from being people-oriented. He added that there was need to devolve power to the people to enhance a more responsive and responsible government.

Any difference between what Fayemi said at the 2012 Colloquium in Lagos and what he said at the Arewa lecture in Kaduna?

Let’s address the 2023 matter, to which Ayobolu also veered. His was a laughable pretension, for everyone knows the purpose for which he was carrying a placard. Ayobolu should sincerely tell Nigerians who is desperately eyeing 2023.

Linking Fayemi and El-Rufai’s speeches at the Arewa lecture to achieving political goals in 2023 is nothing but a cheap blackmail, which Ayobolu is advised to desist from in his own interest. His readers see in him a political jobber and popper who has betrayed some fears and agenda through his articles.

Of what concern is Adams Oshiomhole and the APC Caretaker Committee with an article on #EndSARS protest, if not to betray some fear. Blaming a toll-gate for the malfunctioning of an airplane is simply a no-no, what Yorubas would describe as atamo, atamo.

Rumours about some people’s presidential ambition towards 2023 have been doing the rounds and no one should pretend not to know who is pushing for what. Ayobolu should at this point declare his heckling job; he is trying to push some subterranean agenda and, in the process, de-market some people he sees as threats.

Come 2023, Nigerians are certainly going to choose a President. The result will be as good as the process. So, Nigerians want to hear as many voices as are willing to guide them on what to do in anticipation of their choice.

At this point, rather than doing the inglorious job of popping up one and demarketing the other, Ayobolu should join the train of positive folks searching for the best with a clairvoyant brain. That is, someone with the faculty capable of perceiving things or events in future or beyond sensory contact. In other words, Nigerians towards 2023 would look beyond a president whose only claim to power is being a political heavyweight. Unlike in the past, oration or political sagacity would not just be good enough. Other qualities are required.