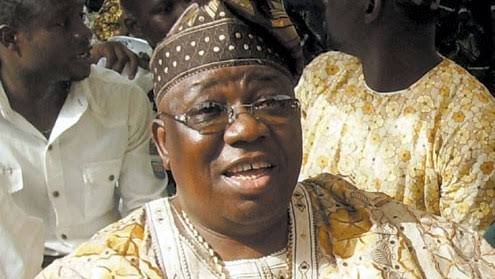 Barrister wasn’t a stark illiterate. He wasn’t an academic either. But he created Fuji, a music brand that has swallowed various pre-existing Yoruba music such as Sakara, Apala, Awurebe, and paralysed erstwhile top-of-the-chart music, Juju.

However, there are many ‘ifs and buts’ that could have changed the success story of Fuji since Barrister evolved the genre in the late 1960s from ‘Were’, an Islamic music used to wake Muslims up during Ramadan.

One if: Would Fuji have survived IF Ayinla Omowura aka Egunmogaji, a fiery Apala musician, who was much popular than Barrister at the time, hadn’t been stabbed to death on May 6, 1980 at a beer parlour in Abeokuta, Ogun State?

Another if: Would Fuji have survived IF another Apala chart-bursting legend, Alhaji Haruna Ishola aka BabanGani Agba, hadn’t died on November 9, 1983, at the age of 64?

One but: BUT, today, Fuji is eclipsing Juju, which was much more popular than Apala and Sakara in the 1960s, 70s and part of the 80s.

Another but: BUT, apart from General Kollington Ayinla, who is today seen as the father of Fuji music after the demise of Barrister, Fuji is blessed with a succeeding generation of young, creative stars led by King Wasiu Ayinde, aka K1 the Ultimate, and other Fuji greats such as Adewale Ayuba, aka Mr Johnson, Abass Akande Obesere, aka Omo Rapala, Wasiu Alabi Pasuma, aka Oga Nla, and Saheed Osupa, aka Olufimo Mat’agbamole, whose collective music is highly accepted by the masses – an advantage which both Juju and Apala lacked.

Apart from Sir Shina Peters, who temporarily shook the Juju music scene to its foundation, between 1989 and 1992, with his Afro Juju series, no other younger-generation Juju musician has had as much popularity or shown enough conviction to reignite the torch of Juju lit on the global stage by Chief Commander Ebenezer Obey and King Sunny Ade.

Barrister is no saint. I shall soon come to his devilry. But in the meantime, I’ll examine the uniqueness of his music and the reason his albums and live plays remain the most selling within the Fuji genre, 10 years after his death.

After I was blooded into Barrister’s music at The PUNCH editorial meeting in 2017, two interconnected incidents happened that reopened my eyes to the in-betweenness of music to religion and culture.

The first incident was a postgraduate assignment that defogged my sight and shed the scales off my eyes. The other was a visit to renowned Ifa priest, Chief Ifayemi Elebuibon, the Araba of Osogbo, in furtherance of the aforesaid academic assignment.

Because of its pursuit for excellence and proximity to my workplace, I had applied to the School of Postgraduate Studies, Babcock University, Ilishan-Remo, for a degree in English Literature.

As part of the academic requirements for the class, students were mandated to conduct research on chants as an enactment of African orature experience.

The assignment took me to the shrine of Elebuibon in the Pepsi Cola area Ayetoro, Osogbo. At Elebuibon’s shrine, which I visited on consecutive days, I videoed the call-and-response spontaneity of chants as an oral technique in the expression of African religious beliefs.

Employing incantations (chants) to seek divine requests – on behalf of his various clients – Elebuibon communed with the gods, using the opele, a short string of divination made of cowries.

The beauty of Elebuibon’s rich poetic rendition of Ifa panegyrics wasn’t lost on me despite not being an Ifa worshipper. Buried in the Ifa praise worship are ancient Yoruba histories of conquests, victories, harvests, deaths, famine, pestilence, treachery etc.

Although I’m a Christian, on one of my visits to Elebuibon’s shrine, I took my children along with a view to letting them have an insight into the trado-cultural heritage of the Yoruba.

At Elebuibon’s, my children seemed like fish out of water, because they couldn’t understand the chants and songs, but I tried to explain their meanings to them in the hope that they would understand that the world is a continuous evolution of forms between the old and the new, because before New York was created, there was an Old York; before Iyana Ipaja New Road, there was Iyana Ipaja Old Road, before New Bodija birthed, there was Old Bodija.

Although Barrister never got university education, much more than most foremost Yoruba musician of his era, Agbajelola exhibited a profound understanding of the invaluable place of history, culture and tradition as tools for personal actualisation and nation-building. This realisation is the heartbeat of his musical supremacy.

While a number of musicians in his era were becoming ‘born-again’ and abandoning Yoruba trado-cultural beliefs for western religions and teachings, Barusati maintained an intricate balance between Islamic and Yoruba religions in his music – at the risk of being tagged a hypocrite and an infidel by ardent Islamic faithful. This is the audacity of his art.

In his discography, Barrister explored the heroics of major deities of the Yoruba pantheon with a fluidity common to African oral chants.

Barrister’s amazing exposition of Yoruba tradition and culture flourishes in his December 1988 album, Fuji Garbage 2, wherein he traces the death of Oya, the River goddess, to Ira in Kwara State, the death of Sango, god of Thunder, to Oyo, and the death of Obalufon to Erin just as his nickname, Ayinde-Ogun, as encapsulated in Fuji Missile, released in 2001, is in reverence of Ogun, the god of iron.

Because of the limitless elasticity of his voice and the depth of his message, Dedegbo would not so much worry about setting his poetry to music as he would worry about passing his message across unambiguously.

This is why he didn’t engage in rehearsals with his band members, because he knew that he could do all the singing and chorusing as he occasionally left his band members stranded during studio recordings or live plays.

Aderoju said, “We never ever did any rehearsals while going to record an album. Never. We did live plays during the week, Barrister could pick some beats I played during the week and set music to them.

“He would just say, we’re going to the studio tomorrow or the day after. As the band leader, I would get some beats ready using proverbs or jokes. So, while at the studio, he would tell you to give him a beat. You must be ready.

“I learned how to research from him because whenever he wanted to sleep, he would put a pen, jotter and tape recorder by his pillow so that whenever he receives inspiration while sleeping, he would write it down.”

This no-rehearsal latitude that Barrister exhibited cannot, however, be executed by Juju musicians because, unlike Fuji, the guitar and other string instruments form the template upon which Juju rests, and it’s not possible to go into the studio to record Juju music without rehearsals.

(To be concluded next week)

•Odesola writes from the United States of America and can be reached via Email: tundeodes2003@yahoo.com; Facebook: @tunde odesola; Twitter: @tunde_odesola