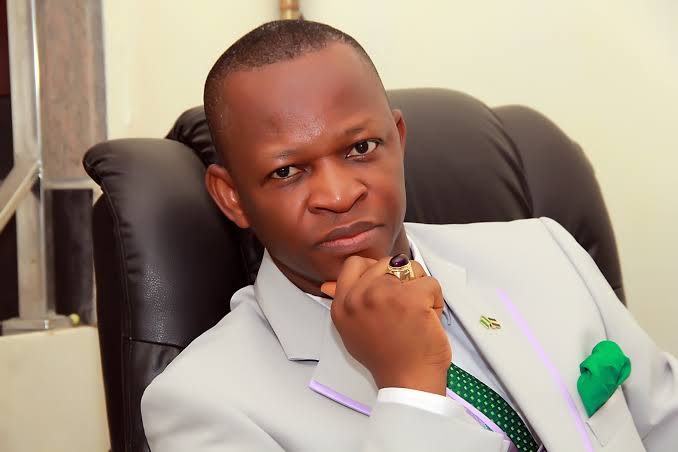 The General Overseer of the Christian Central Chapel International, CCCI, a.k.a Faith Mansion World Headquarters, Calabar, who also doubles as the National Publicity Secretary of the Pentecostal Fellowship of Nigeria, PFN, Bishop Dr. Emmah Gospel Isong, has released a series of prophetic declarations for 2023.

The prophet of God, whose end of the year Cross Over prophecies had in several occasions come to pass. Years ago, Isong prophesied that the entire world would adopt a hand washing culture, due to the outbreak of COVID-19; and in March 2020, Coronavirus pandemic broke out, forcing people to wash their hands at regular intervals and the regular use of hand made sanitizers, so as not to be infected with the disease.

During the 2021 Cross Over night, Isong again prophesy that the entire nation was going to witness excessive and torrential rainfalls, which ordinarily would have been a blessing, but unfortunately the rains would turn out to cause Nigerians pains, because the flooding would be associated with.

Behold, there was flooding in several parts of the nation, including Bayelsa State, where residents of many communities resorted to the use of canoes to evacuate citizens trapped in their homes due to flooding.

Farmlands and several agricultural produce worth millions of naira were incidentally lost to the flooding in some major parts of South-South, South-East, Kogi State and other states of the federation were lost due to the heavy downpour.

However, Isong’s 2023 prophecies revolve round the socio-political and economic concerns of Nigeria.

On January 1, 2023, Bishop Isong released fresh prophecies for the year and below are excerpts of the prophecies:

2. Ten is significant, because there were 10 commandments, Exodus 34:28. Gideon went with 10 men to fight the enemy, Judges 6:27. When men have 10 sons, they were seen as mighty leaders. That is why in 1Samuel 1:8, the man said to Hannah, “Am I not more to you than ten sons?” Because 10 was a minimum number to form a quorum of elders at the gate. Nabal had 10 men sent by David to consult him.

4. Enter this year with much thanksgiving and joy. Eat, drink and rejoice. Remember to fast from 8th – 17th January, 2023. God says, ‘I will give you the biggest miracle of your life, that will make you 10 times better.

5. Pray against extreme weather. Many wearing sunglasses, because of the heat and sun. On the other hand, there will be a second wave of the flood beeing experienced in some states.

6. Very many VIPs, high profile personalities, especially at the beginning of the year, would be arrested and prosecuted on anti-corruption charges. The President, Muhammadu Buhari, is going to do this as a way of laundering his name as he ends his tenure of office, so that people will not say he never fought corruption. His closest allies will be sacrificed. People will say Buhari kept the anti-corruption promise.

8. Little children will be favoured in 2023. God says, ‘I will show favour on children for they are not the cause of what is happening in their generation.’

10. The Independent Electoral Commission, INEC, is going to be very strict on their dateline for campaigns. INEC will indict and disqualify a lot of candidates because of this campaign rules and regulations. So, if you are a politician, when they blow the whistle, remove the face caps and T-shirts, go and sleep.

12. Cross River State gubernatorial election is not going to be a “sure banker,” rather it will be “rude shocker.” God says, ‘I will give the seat to the man who has a covenant with me, not a man who has covenant with another man.’

13. Pray for Ikom that it shall not be the scapegoat of 2023 elections.

14. Old names in politics will be thrown up, the youths will protest. People who have left politics years ago, will find themselves back. And the youth will be the major losers, because they do not want to stand up to their rights.

15. God’s anger is upon devilish killers and kidnappers. And there’s going to be a very brutal attacks on the attackers, says the Lord.

16. We have to pray against major loss of lives in Cross River State Government House. One who has served and labored for this government will not mysteriously lose his life.

17. Increase of political enmity against the Akwa Ibom State Governor Udom Emmanuel, despite showcasing very monumental projects, which he has successfully executed, yet ends up as one of the very highly criticised, attacked politicians. This is very funny. He will be tired. He is like, “I have done much, I don’t know what you want me to do?” These attacks, from my revelations are demonic, politically motivated, and orchestrated from the kingdom of darkness. They want to discourage the governor. I see him not even wanting to stay till the day of inauguration of his successor. I see him telling a friend, “I want to leave even before time.” And people are begging him, because of discouragements.

18. On the international scene, there will be breakthrough on breast cancer. A lot of other initiatives and scientific breakthroughs.

19. For the youths, avoid copying celebrities, because many celebrities are going to be models for the anti-Christ movement. Be careful what you copy: their styles of hair plaiting and tying headtie is not of God. It’s highly condemnable, it’s against scripture, unbiblical.

20. The Lord says, ‘intercede for and prophesy to kings and leaders in your generation, because they are influenced by powers of darkness.’

22. Put your attention on your family this year and on the work of God and on your business. Those are three areas, and if you do, God says, ‘I will make you ten times better.’

23. Promotion awaits some of you who are long over qualified. That is why you must take your tithes serious, so that God can fight battles for you, put an hedge roundabout you. Some of you are going to have cross-border international breakthroughs. Money is coming in dollars, do not be carried away. Despite all of that, it is just the beginning of what God wants to do in your life. Surrender it to the Lord.

24. We come against evil fires across nations, in our homes, and in the offices.

25. Stay away from harsh decisions that come from discouragement. As a good soldier of Christ, endure all things. God says ‘avoid hasty decisions in your marriage and other things in life.’

26. Avoid greed. It is better to stay within your resources, than to commit crime to meet your needs. Control your desires, God shall provide all your needs.

28. Pray against attacks on the lives of comedians, especially Sabinus, and on other comedians. It was on film stars, but now is comedians.

29. Governor Nyesome Wike will not be the news in 2023. The game changers will be Rotimi Amaechi and Nasir El-Rufai. It is Amaechi and El-Rufai that will swing the pendulum in this coming election, not Governor Wike.

30. IBB should make national reconciliation and peace across the nation between now and the end of February this year. Quickly, he should move for restitution and reconciliation.

32. Rich politicians sharing cars and food to woo the people, but Nigerians are rejecting the food, money and cars, because they are angry, I see them throwing away food and saying, we want a better government. The youth in millions across North, South, East and West. And so money faileth.

33. Strange breakthroughs in herbal medicine, but highly resisted by the orthodox science, especially in curative medicine.

35. Let’s pray against a sort of war situation. Foreign nations should rise up now and help Nigeria’s democratization process, so that we do not see helicopters dropping aids. We will not have to stand up and run from our houses. Oh God, let the plan of the enemy to cause war in a section of the nation be canceled. We shall not have increase in IDP camps, we want increase in schools, hospitals, businesses and employments. We reject increase in IDP camps, especially in the month of May. (some big politicians are going to lose this election and are going to try to instigate civil unrest, confusion as never seen.)

36. The 2023 Elections: We will not have to count the results twice, because the scripture says, “God hath spoken once: twice have I heard this; that power belongeth unto God.”
(Psalm 62:11)