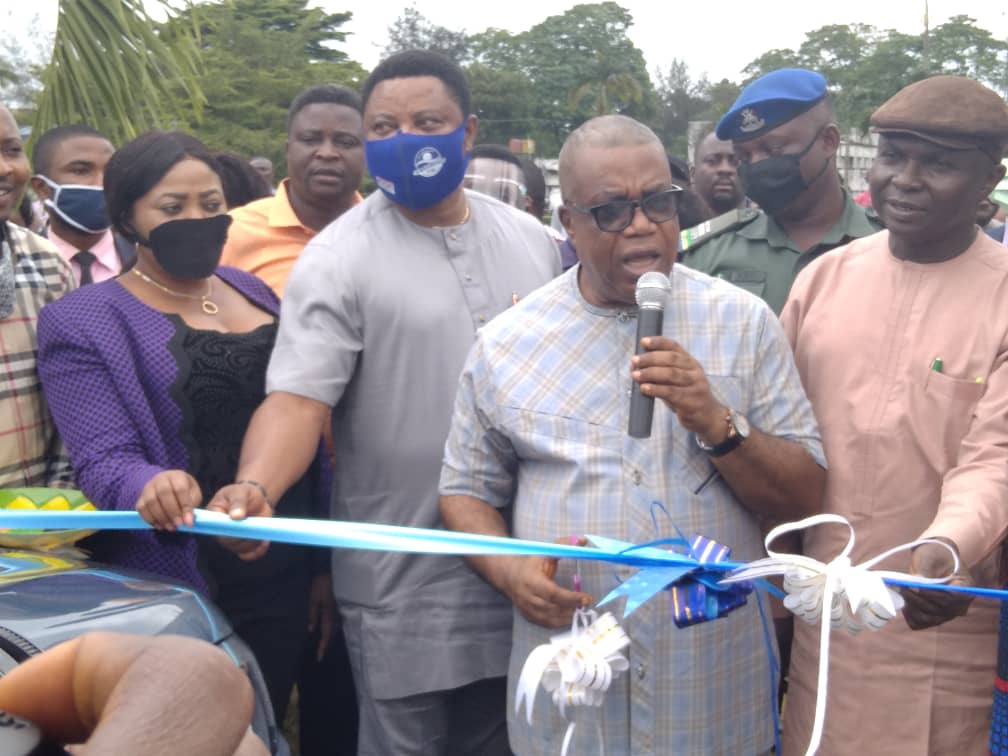 Cross River State Governor Ben Ayade has delivered 54 Sports Utility Vehicles, SUVs, which he bought some months ago, to chairmen, vice chairmen and leaders of council legislature across the 18 local government councils of the state.

Each LGA got three SUVs, one each for the council chairman, his vice chairman and head of the council legislature, to enable them function effectively in the course of discharging their duties.

Addressing the beneficiaties before handing over the car keys to them, the state deputy governor, Prof. Ivara Esu, who represented the state governor Prof. Ayade, at the flag off ceremony, stated, “As an elder of the Presbyterian Church, I pray for you that the vehicles be used for the purpose for which there are meant. There shall be no news of accident as you take ownership of these vehicles.”

He charged the beneficiaries, not to be reckless with the cars, so that the vehicles’ life span can be prolonged.

Earlier, the state Commissioner for Local Government Affairs, Mrs Stella Odey, while giving an insight into the idea behind the vehicles said that the vehicles were not free gift or political largesse, but were procured through a Joint Allocation Account Committee, JAAC, and are entitlement of council chairmen and the others.

Odey said, “Going by the exigency of their office, they deserved mobility to carry out their duties,” stressing that it had been the practice that chairmen of councils owned cars in the discharge of their duties.

Receiving the car keys from the state Deputy Governor, chairman of the council chairmen, who is the chairman for Akapabuyo Local Governmenf Area, Hon. Emmanuel Offiong Bassey, thanked the state governor for the vehicles, saying that they would use the vehicles with care so as to prolong the vehicles life span.

In his remarks,the chairman of Ikom Local Government Area, Hon. Kingsley Egume, expressed joy over the vehicles and promised to use the SUV with care.

The Deputy Governor handed over the keys to the chairman of chairmen, Hon Bassey.