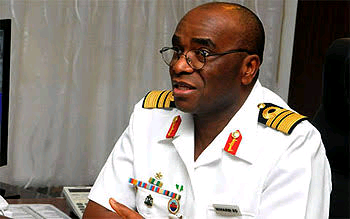 Speaking during a condolence visit to the family of the deceased military general in his Calabar home, where he was received by Mrs. Adebisi Eko Osim, wife of the late Air Force general, Ndoma-Egba extolled the virtues of the late military officer, who he said was a force to be reckoned with when he was alive.

Ndoma-Egba described the late Osim as the “People’s General,” because he was so humane, always in the habit of giving his all, willing to assist those in dire need of assistance, irrespective of ethno-cultural/ religious differences.

He prayed God to give the deceased’s family the fortitude to bear the great loss and urged the family to rely on God for support, as death was one necessary end that mankind should not be afraid of.

Responding, Mrs. Osim expressed surprise at Senator Ndoma-Egba’s visit, and thanked him for the kind gesture.

The former Chairman of the Board of Niger Delta Development Commission, NDDC, thereafter proceded to also pay a visit to the eldest brother of late AVM Osim, Emeritus Professor of Human Physiology in the University of Calabar, Prof. Eme Osim, who the former Senate Leader maintained they knew each other a long time ago when they met as young men in London in 1978.

Senator Ndoma-Egba reminded Prof. Osim that he has always felt a part of the Osim’s family due to the friendship they share, stressing that it’s the reason why he feels a sense of personal loss at the demise of AVM Osim and prayed for the peaceful repose of the soul of late AVM Osim.