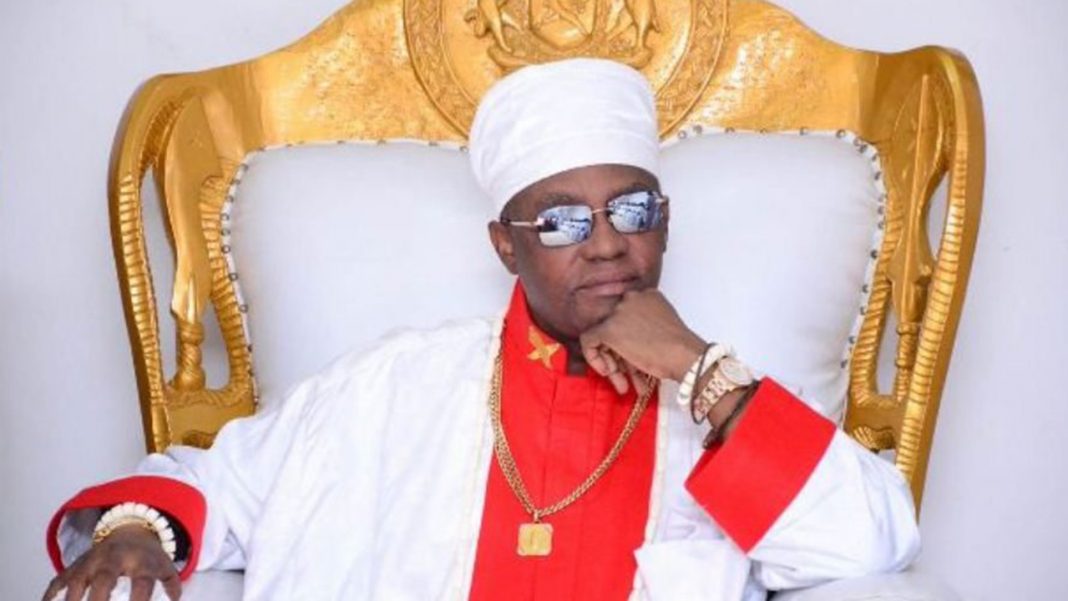 The Oba of Benin Kingdom, Omo N’Oba N’Edo, Uku Akpolokpolo, Oba Ewuare II, has sounded a note of warning to any and everyone who capitalizes on the sponsoring and carrying out of activities that would in any way threaten the peaceful coexistence of the people of Benin kingdom.

The monarch warned that should such individuals refuse to heed his warnings; they should be ready to face the full wrath of the law as stated in the constitution of the Federal Republic of Nigeria and Benin Traditional Council.

Oba Ewuare said this at a press briefing on Tuesday, May 5, 2020 at the Oba’s Palace in Benin City.

Represented by the Iyase of Benin, Chief D. U. Edebiri, who was accompanied by other top Benin chiefs, including the Ese of Benin, Chief S.O. Obawonyi, among others, Omo N’Oba N’Edo expressed displeasure with those individuals, who have decided to bypass the palace and report issues that should have been overseen by the Benin Traditional Council to external security agencies; describing it as wrong.

The monarch also warned those who camouflaged to be representatives of the palace and perpetuate evil to desist from such act or square up with the weight of the law.

The first class monarch added that there is no cause for alarm, as the palace is still in operation to attend to issues across all walks of life, adding that but in doing so, it must maintain the best standard practice for the interest of all, especially with the the current COVID-19 pandemic.

He said, “Individuals, groups and villages that have genuine complaints and claims that fall under the purview of the Benin Traditional Council are to exercise utmost restraint, maintain the peace and refrain from making any form of frivolous complaints to security agencies.”

While throwing his weight behind those in the forefront of the war against the novel COVID-19, which has become a global pandemic, Oba Ewuare reaasured them that the palace is solidly behind them, adding that by the special grace of God, the virus will be defeated soonest.

He therefore warned that the relaxation of some palace structures at such a point like this should not be misinterpreted for weakness, adding, “All individuals, groups and villages who are engaged in this unwholesome practice should desist forthwith, as erring individuals and groups indicted for such will be made to bear the consequences of their actions as stipulated by the laws.”

17 Burnt To Death In Ogun As Petrol Tanker Catches Fire