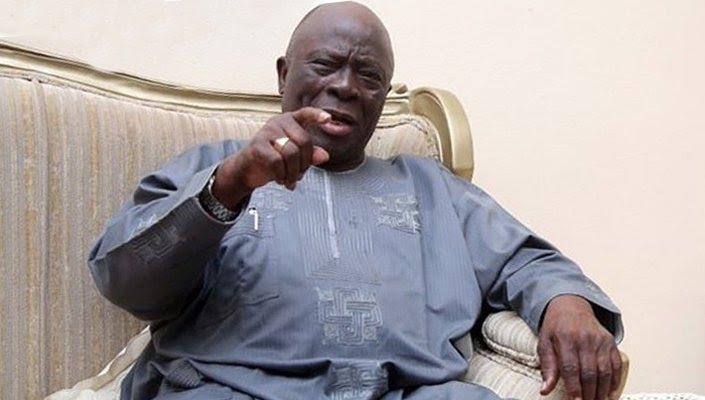 Pan-Yoruba socio-political organisation, Afenifere, has announced it’s desire to float a fresh political party ahead of the 2023 general elections.

The organisation arrived at this decision on Tuesday, at its Annual General Meeting, AGM, held at the country home of its acting leader, Chief Ayo Adebanjo, in Sanya Ogbo, Ijebu-Ode, Ogun State.

Afenifere, however, did not disclose the name of the party and the time it would be unveiled.

Speaking with the media after the meeting, which was attended by leaders and members of Afenifere from all the states in Yorubaland, including Delta, Kwara and Kogi states, Adebanjo said that the organisation was not convinced to participate in the coming election unless the constitution is reviewed and the country is restructured.

“I don’t believe in election until they change this constitution, there is no level playing field under this fraudulent constitution.”

Rising from its AGM, the group issued a communiqué, stressing the need for improved security in the country.

The communiqué signed by its National Publicity Secretary, Jare Ajayi, read, “The meeting felt that one of the things that have been a great cog in the wheel of Nigeria’s progress today was the rubbishing of true federalism.

“Afenifere is convinced that restructuring of the Nigerian state before the 2023 general elections is achievable.

“It is achievable through the adoption of the reports of the 2014 National Conference and the 2018 Mallam El-Rufai Committee of the All Progressives Congress, APC, on true federalism, with desirable modifications where necessary.

“In recent times, we have consistently expressed concern on the situation of insecurity in Nigeria today. We have also always recommended what we consider as the ways out of the unprecedented security challenges facing us.

“In this respect, we strongly call on the present administration under President Muhammadu Buhari to ensure the introduction of state police, equipped with requisite means, to enhance security in the states and that of the federation ultimately.

“The performance of Amotekun Security Network in the South West in conjunction with the Nigerian Police has shown clearly that all the criticisms against state police are unfounded and self-serving.”