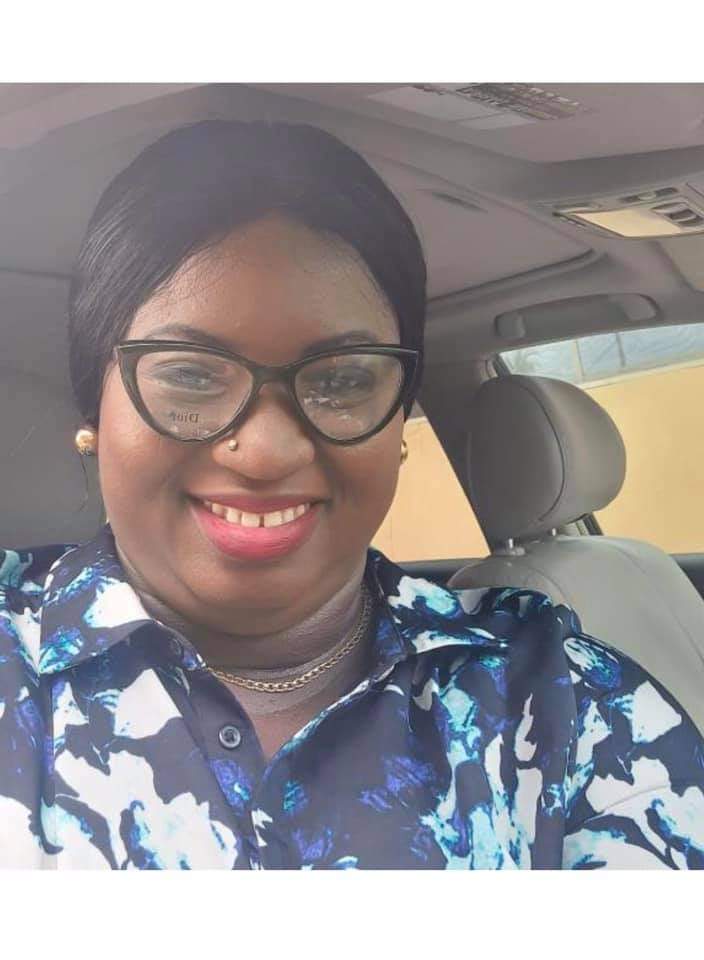 While many others in her shoes are either roaming the streets for non-existent white-collar jobs; or turning themselves to nonentities, Adebola Ademilua, has carved a niche for herself, by thinking out of the box, to pioneer the production of locust beans seasoning in cube form.

Practicalising the popular maxim that necessity is the mother of invention, Ademilua, a Masters’ degree holder in Science Education, among other certifications, including in Information mad communication Technology, ICT, took her destiny in her hands by enabling into producing local food seasoning, locust beans, when jobs were not forthcoming.

And now, she has taken her ‘bizzare’ business to the next level by producing the local seasoning in cube form.

This, according to her in an interview with BBC Yoruba, to meet the taste of modern day consumers of the traditional food seasoning, who cannot stand the traditional smell of locust beans.

Narrating her foray into this ‘dirty’ business, Ademmilua, who is the Chief Executive Officer of Alapomeji Foods, disclosed that her inability to secure a paid employment pushed into the ‘iru’ (locust beans) business, despite holding a Masters’ degree among other foreign certifications.

The Ekiti State-born Ibadan resident, recounting her foray into the business told BBC Yoruba, “When I finished my studies, I searched in vain for paid employment; so, I thought hard about what I can do from the knowledge I’d gained from my studies. I decided to focus on locust beans.

“I went back to Ekiti to learn the intricacies of the production from my older sister. I didn’t need more than two training sessions before I picked the know-how, but I ensured that she was with me for my first two independent productions to put me through.”

And expectedly, when she started, she lost some of her friends who could not understand why she would descend so low to the level of making locust beans, after dialing to dissuade her.

Undaunted and in the bid not only to stand out and be innovative, but also to satisfy her customers, especially Nigerians in Diaspora, who love the local seasoning bit could not stand it’s offensive odour, she put her science background to task and researched into how to carve a niche for herself in the locust beans market.

She stated, “In the course of my research, some of my respondents claimed they love eating locust beans but are put off by the smell and manner of presentation, which some said made it look diabolical; so, I thought hard about how to make it appealing to all classes of consumers, without actually losing all of it’s nutritional values.

“I then came up with the idea of producing it in cube forms which will make it acceptable, like other food seasoning. This we have been able to do successfully, but the immediate challenge is lack of funds to produce the cubes in commercial quantities.”

Producing locust beans since 2016, Ademmilua siad that like every business, there have been challenges.

She siad, “The first challenge I had was that my friends stayed away because they felt locust beans production was beneath my status, considering my education and looks. Though it is tedious work, I was undaunted by what they said because that wasn’t going to put food on my table.

“The second challenge was financing, because I use pressure cooking to reduce the production stress. Locust beans production is a difficult process, taking like four days to complete just one production cycle. Sometimes I fall sick after production, but I’m gradually getting used to it now so that fear has been overcome.

“Thirdly, it consumes a lot of water during the production process so we had to sink a borehole to meet our water needs. The local women would ordinarily take the beans to a stream to wash, but for hygiene purposes, we don’t do that. We have our own water source here.”

Despite these challenges, Ademmilua has forged in and has successfully registered her business with all government approving agencies.

She, however, cannot but remember a memorable day in the course of her struggles in the business.

Going down memory lane, she recalled, “I’d gone to market my products to a prospective customer and he made lewd passes at me. I was infuriated, but soon shook it off as one of those things you encounter on the road to success.”

And today, Alapomeji Foods, with a staff strength of 12, working full time, undertakes no less than four production cycles monthly, dependent on received orders from clients both in Nigeria and the Diaspora.

With a first degree in Chemistry, Ademilua, had her Masters’ degree in Science Education and also had a diploma in ICT from HIIT, and other certifications from the United States and the United Kingdom.

She is a member of the American Chemical Society.

To Nigeria’s teeming unemployed youths, Ademmilua had this to say, “Look around you and find whatever you can do with the knowledge you have and whatever resources you have at hand. Never be afraid to start small. With prayers, determination and perseverance, you can start and become great in whatever you want to do.”

She urged the youth to look within for inspiration, think outside the box and be diligent in whatever they have to do without waiting for the government to provide jobs for them.