National Compass NG
Home News You Were In School When When Agreement On Rotational Presidency Was Reached,... 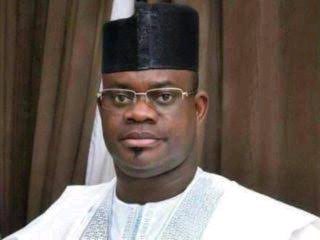 Recall that Governor Bello had during the maiden edition of the ‘Governor Yahaya Bello Seminar for Political and Crime Correspondents’ in Abuja on Friday, described rotational ppresidency as “unconstitutional,” adding that “Nigerians should be allowed to make their choices for the best candidate to emerge for the top post.”

In a statement signed by it National Publicity Secretary, Chief Allex Ognonnia, on Monday, Ohanaeze berated Governor Bello, saying that he had demonstrated a remarkable obsession with ambition, shortly after providence paved the way for him to be sworn in as a governor in 2015 at an impressionable age of 40.

Ohanaeze pointed out that “there is no doubt that Bello has a date with destiny, going by a smooth political ascendancy that life has presented to him.”

Expressing fears that the youthful governor “is embarking on a political adventure that lacks both conscience and principle,” Ohanaeze noted that all the miseries and evils which men suffer from vice, crime, ambition, injustice, oppression, slavery and war, proceed from their despising or neglecting the inner still voice or consciece.

Going down memory lane on the history of rotation, the apex Igbo group averred that “Governor Bello was still a student, studying accountancy at the Ahmadu Bello University, ABU, Zaria when an agreement was reached between the North and the South with respect to rotational presidency.

It recalled, “The meeting was held at the National University Commission Conference Centre, Abuja, in 1998. Dr. Chuba Okadigbo spoke on behalf of the South, while Alhaji Abubakar Rimi spoke for the North. The likes of Dr. Alex Ekwueme, Chief Solomon Lar, Dr. Okwesilieze Nwodo, etc, were at the meeting.

“The Nigerian statesmen examined the merits and demerits of zoning and rotation of power between the composite zones in Nigeria. At the end, it was resolved that the presidency be conceded to the South and that it would rotate between the South and the North in the interest of equity, unity and corporate existence of Nigeria.

“The foregoing was the basis for the emergence of presidential candidates of the mainstream political parties from the South West in1999. Since then, patriotic and peace-loving Nigerians have adhered to the rotation principle, such that at the end of Chief Olusegun Obasanjo’s second tenure, President Musa Yar’Adua was elected; Goodluck Jonathan and then President Muhammadu Buhari.”

Ohanaeze further explained that it was on that basis that the Southern governors resolved in their Lagos meeting that the South should produce the next President of Nigeria after the tenure of President Buhari.

Advising Bello that it would serve his interest better if he supported the resolution by his Southern colleagues; more so as “he is still young,” Ohanaeze enjoined him to embrace the ethical functional relationship between the morality of an agreement and the legality of the constitution.

It contended that for clarity sake, “morality is the universal foundation of laws. On the other hand, law should be seen to stand in defence of morality.”