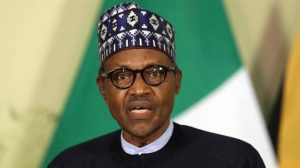 He said the Yoruba should forget the 2023 presidency for setting up Amotekun. I said he was, probably, talking to Asiwaju Bola Ahmed Tinubu, who is believed to be nursing ambition seriously in that regard. Otherwise, I don’t know of any Yoruba, as things stand today, hankering after the presidency in 2023.

If the presidency means anything to Yoruba people right now, I’m certain most right-thinking people would suggest Tinubu’s nominee for Vice Presidency, Prof. Yemi Osinbajo, as a logical choice.

I belong to a couple of Yoruba political and cultural associations, some of them having steady rendezvous on social media platforms. I have taken time to observe the direction of their discourses regarding the place of the Yoruba in Nigeria. The reality today, based on my observations, is that Yoruba people are  fed up with the state of affairs in this forced amalgam of disparate nationalities the British christened Nigeria.

Note that the groups I belong to feature the intelligentsia of Yorubaland in diverse walks of life, some of them public figures. Hence, I am certain their views constitute a correct barometer of Yoruba public opinion. Among them are those who still see possibilities in Nigeria, if only it can be restructured urgently. The rest see no hope and are of the persuasion that a peaceful break up of the country is the only way forward.

So, those threatening Yoruba with denial of 2023 presidency can say that to the marines. The Yoruba don’t give a damn. What they want is self-determination within the Nigerian federation or independence from what the Fulani under President Buhari, a man to whom much is given, has turned into a Fulani colony, most unfortunately.

Or, how else do we explain a situation where the President’s kinsmen, under the auspices of Miyetti Allah Cattle Breeders’ Association, routinely threaten Nigerians with killings openly from Benue to Oyo, and carry same out nationwide to no consequence!

It is only when people react either by fighting back or setting up Amotekun that you see a flurry of activities like the red herring of community policing being rammed down our throats.

A quick one. Let it be known that a community police being created, funded, and centrally controlled from Abuja is a contradiction in terms! It’s what Americans would call a bullshit! Here is a Federal Government that relies on the states for a good chunk of the operational wherewithal of the state police commands of the Nigeria Police Force, suddenly rushing to implement “community policing” after an emergency security meeting held in the Presidential Villa because of the jitters sent down their spine by Amotekun.

Here is a Federal Government that is losing the counter-insurgency campaign in the north striving prepostereously to restrain states from protecting their citizens.

All said, most Yoruba people from the elites down to the masses, simply want a governance framework that, equitably, puts their destiny in their hands in Ibadan, Ikeja, Abeokuta, Ado Ekiti, Osogbo, and Akure, Ilorin, and Kabba, rather than Abuja.

They want to regionalise, pull their resources and talents together, and continue their race to greatness from where it stopped under Awolowo. They want to be a Dubai that is a showpiece of the United Arab Emirates, UAE, or the state of California (world’s eight largest economy) in the American Federation, or a Mumbai in India.

They are tired of unity in a diversity turned to adversity. They are sick of the rat race over who becomes President in Abuja, where power is over-concentrated and abused and where financial resources (oil/ gas money, VAT, customs and excise, port revenues etc) are concentrated and looted.

They have given up on an Abuja that controls all defence and security agencies, but is incapable of dispensing basic security of lives and property and they have to erect gates on their streets and employ vigilantes to patrol same, with one eye closed when they sleep inside their houses, protected with fences as high as prison’s!

The Yoruba have reached a breaking point. A peaceful, progressive, hospitable people that love the good life, their life in Nigeria has become, in the words of Thomas Hobbes, “brutish, nasty, and short”.

Amotekun is just one in a series of their collective efforts to redeem themselves from the shackles of retrogression in which Nigeria has locked them. They are determined to fulfill their destiny, whether Abuja likes it or not.

I wish President Buhari knows how to rekindle hope in Nigeria before it’s  too late!