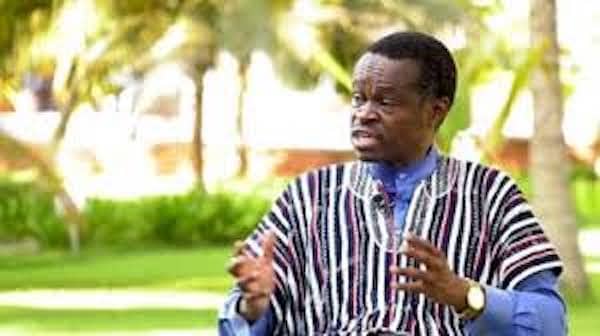 Former Director of Kenya’s Anti- Corruption Commission, Prof. Patrick Lumumba, yesterday charged African leaders of thought to come together so that the enemies of the continent can be defeated

Lumumba gave the charge while speaking at the second edition of Leader Olumba Olumba Obu Public Lecture, which held in Calabar yesterday.

Speaking on the theme: ‘Reflecting on the Unique Treasures in Africa,’ Lumumba insisted that the unity of the continent was a great tool to be used in defeating perpetrators of all sorts of evil, poverty and all vices responsible for backwardness of the continent.

Lumumba’s speech, delivered by the Consul-General of Antigua and Her.muda Republic in Nigeria, Ambassador Dr Wallance Williams, advocated for the unity of Africa if the continent is ready to witness a tremendous turn around.

He siad, “Today, we are meeting at a time where the desire of the people of Africa is to reach new frontiers of socio economic emancipation, political stability and spiritual equilibrium.

“These times, while pregnant with hope, are also attended by monumental challenges.

“Everybody is looking for a piece of Africa, we now need to get together under one spirituality and defeat the enemies of Africa.

“Although Africa is at a crossroads, she knows what she wants and we are capable of actualising what we desire”.

Lumumba described Leader Olumba Obu as a leader who knew how to embrace God, expressing optimism that with him and the Brotherhood of the Cross and Star, BCS, Africa will get to it’s zenith.

He added, “The life of Leader Obu makes him an exemplar of how one can and should embrace God in a manner that is regular and experiential.

“Great men like him serve to remind us that with dedication, the human being is capable of achieving so much.

“Africa is in a renaissance right now, and with Leader Olumba Obu and the BCS, Africa will get to it’s zenith.”

In his remarks, a professor of history of Ideas/Security Studies, Akwa Ibom State University, OtoAbasi Akpan, stressed that the continent is yet to acquire its treasure, perhaps because the right scarifies were yet to be made.

Allan said, “The people are not ready to engage in sacrifice, and none is ready to harness it for development.

“Africa can cure itself if it takes direction from the gospel of the Father, sacrifice is the key to the development of Africa.”

Also speaking at the ceremony, the lecture chairperson, Emilia Portia Anthony, described Leader Obu as a supernatural leader who has come to unify and transform humanity.

Describing the continent as a citadel of knowledge, which had been oppressed and subjugated,

Ms Anthony expressed the hope that the teachings of Leader Obu, if rigorously followed, will help in reversing the ugly trend for good of humanity.

In his synopsis, BCS spokesman, Christ Shepherd Edet Archibong, stated that the aim of the lecture is to draw the world’s attention to the teachings God.