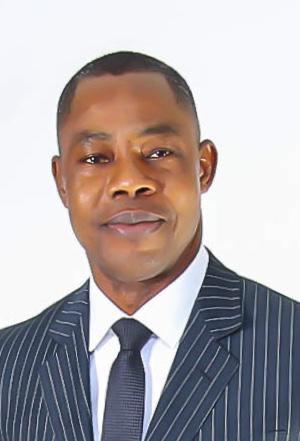 I am that son of a cocoa farmer who has been favoured by God. If the only collateral to survival is your inheritance, you may not be fulfilling your purpose as you are living on luck. You can be more. Just come out of your shell

On October 25, Hon Adejoro Adeogun, the member of the House of Representatives, representing Akoko South-East/South-West federal constituency, who has constantly engaged his followers through his social media page, charged his readers never to be carried away by inheritance, as he declared that he’s a son of a cocoa farmer, who has been blessed and favoured by God.

Shortly after this, politics set in and a priceless piece of advice became a subtle jab to some.

I have made it a duty to open up this discussion so that we won’t see enmity where none exists.

Let’s dissect what the vice chairman of the House Committee on National Security said, and make sense out of it together.

‘I am that son of a cocoa farmer, who has been favoured by God’ should naturally be a statement that puts others on the ‘I can do it’ ladder, irrespective of background. That validates that all dreams are possible, especially if one trusts God enough. This boasting is in the Lord and it’s a morale booster to those who feel dejected as a result of their background.

The member of the House of Representatives went further to say that “if the only collateral to survival is your inheritance, you may not be fulfilling your purpose as you are living on luck.”

Fortunately, he didn’t say inheritance is not a good thing, but only said that it must not be the ONLY COLLATERAL.

I wonder why anyone would grouse this statement. Even the wisdom of the elders suggests that children who put their trust in inheritance will suffer greater woes in life.

Weren’t we taught that? What has he said differently? Should he have said inheritance is the ONLY collateral when he’s a product of God’s favour, despite his humble background?

He concluded by charging us all, both the children of the rich and the poor that “you can be more. Just come out of your shell.”

This suggests that if he could make it, anyone could. He just told a success story about himself to charge others, who are either downcast or complacent. How this became a jab to a particular person, who’s supposedly doing well daunts me.

Right before us, we have seen the children of the rich become beggars, because of their heavy reliance on inheritance. Who thought in life that any seed of Chief MKO Abiola would hussle hard to be relevant under a Yahaya Bello? Anyone who knows FFK’s dad would marvel at how children of great people make mess of their lives as a result of bad choices in life.

Governor Wike had to carpet FFK, asking him to tell him, Wike, what he has done with his life and leave inheritance alone.

Are there no princes and princesses walking as slaves today? Solomon in his wisdom told us that he saw servants ride on horses and princes walk like servants on foot.

I have been asking myself how Hon Dapo Lam Adesina and his followers would take the advice of Hon Adeogun if they stumbled on it yesterday. Would Dapo, who was a member of the 8th National Assembly, former Commissioner for Industry, Science and Technology in Oyo State, a former Special Adviser to the Speaker of the House of Representatives, principal partner in Skipet Oil Nigeria Limited feel bad about a godly advice that’s not meant for him? A man whose life has been eventful? Go and check his profile, his only collateral is not being the son of a former governor of Oyo State, but what he has done for himself over the years.

That’s exactly what the MHR was saying. He has never said inheritance is bad. As a matter of fact, Dapo wouldn’t even profile himself to the world as the son of a former governor. If you think I am lying, check his page.

We didn’t choose our parents. We will never choose them. Perhaps, I would have loved to have Biden as a father. But we can make our lives and living count, if we trust God enough and work out our salvation with fear and trembling. May God bless the works of our hands. May our children be better than us.

•Abire is Special Assistant on Media and Publicity to Hon Adeogun.