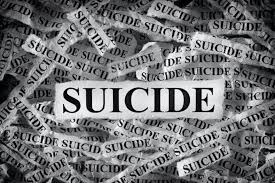 …Tasks Parents On Sensitivity To Their Wards

Vice Chancellor of the Kwara State University, KWASU, Professor Muhammed Akanbi, has called on parents and guardians to be sensitive to their children’s strange behaviours.

This, he said, should especially be when the children unusually withdrawn to themselves.

The Vice Chancellor gave the advice in a condolence message he sent to the parents of one of his students; Fatima Abdullah, who allegedly committed suicide in Abuja on June 18.

The University’s Director of Relations; Abdulrazaq Sanbi, who made the condolence message available to the media, said KWASU, to say the least was sad at the news of the student’s death.

Sanni said in a statement, “KWASU woke up to the sad news of the demise of Fatima Abdullah, a 300-level student in the Faculty of Law, who was alleged to have committed suicide a few days back, at her home in Abuja.

“KWASU Vice Chancellor, Prof. Muhammed Akanbi, on behalf of the Governing Council, management, staff and students of the university, wishes to extend his heartfelt condolences to her family and sympathise with them over this sad loss.”

The Vice Chancellor, however, enjoined parents and guardians to be sensitive to their children and wards’ unusual behaviours, especially when it is noticed that they are unusually withdrawn.

The statement added, “We also encourage every student to explore all avenues in seeking solutions to inevitable difficulties of any dimensions, rather that resorting to unsavoury acts.

“We pray Almighty God grant the family the fortitude to bear the painful loss.”