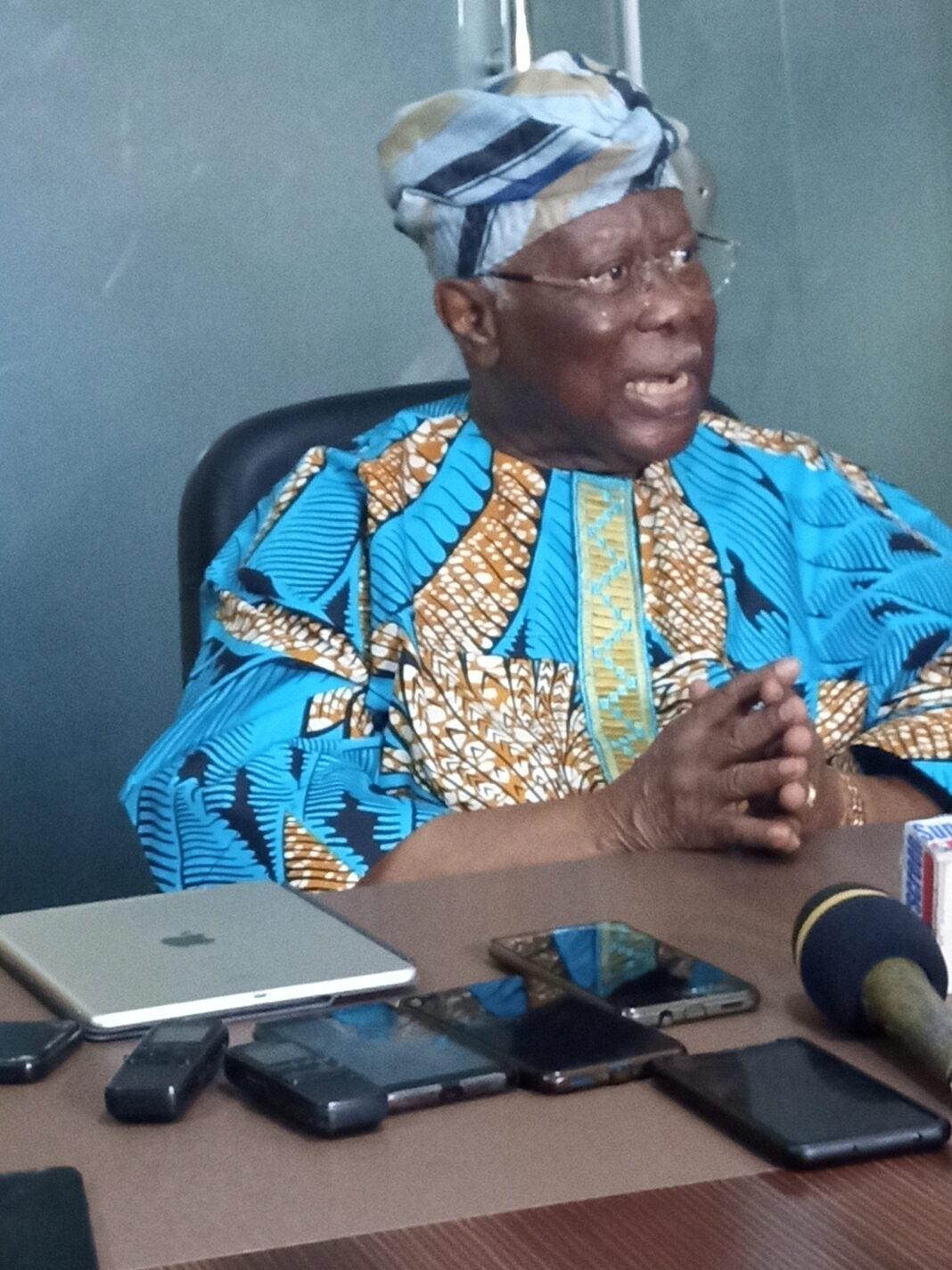 …Says Nobody Safe In Nigeria

The invasion of the home of Supreme Court judge and wife of former governor of Rivers State, Justice Mary Ukaego Odili, by unknown security operatives has been condemned by former Deputy National Chairman, South, of the Peoples Democratic Party, PDP, Chief Olabode Ibiyinka George, who insisted that the invasion is an indication that nobody is safe in the country anymore.

The former military governor of old Ondo State stated this while speaking at a ceremony to mark the successful conduct of the party’s national convention, in Lagos on Friday, describing the recent invasion as “a testimony about our state of aberration and uncertainties.”

Congratulating all the newly elected officials of the party at the convention in Abuja, the Atona Oodua of Yorubaland said that the success of the convention is a vivid demonstration of the great possibilities that the PDP is indeed ready to break and remove the various afflictions presently halting Nigeria’s democracy.

Offering pieces of advice to the new members of the PDP National Working Committee, NWC George said, “You are all now the new brave men and women who are now given the privilege and mandate to re-strategise, restructure, overhaul and rebuild the party as one giant behemoth that will champion and lead our nation towards a peaceful, unified, indivisible, democratic journey.

“It will not be an easy task. Look around you. The nation is distempered in factional largeness. There are divisions everywhere. Bandits and no-gooders roam freely in all corners of our nation

“From the Savannah to the Atlantic, from the Delta to the hills and the forests, dark arbiters of ruin and destruction freely plow their dirty trade, sowing discord and destruction everywhere.

“These dark avatars are not interested in the unity of our nation. These evil avatars are indifferent to the happiness of our people. They want to drag us all down towards the grim slope of perdition.

The former chairman of the board of the Nigerina Ports Authority urged the incoming PDP NWC to bring PDP back to the temple of sanity, truth, justice, predictability, fairness and equitable balance for the good nad benefit of our nation.

“We must demonstrate to the Nigerian people that we can steer them to a more redeeming course. We must show to the electorate that there is a better way to lead our people to a greater good.

Chief George also hinted of his possible retirement from active partisan politics in 2023, after putting 50 years of his life into the service of the nation, first as a military officer for 25 years and as a politician for another quarter of a century