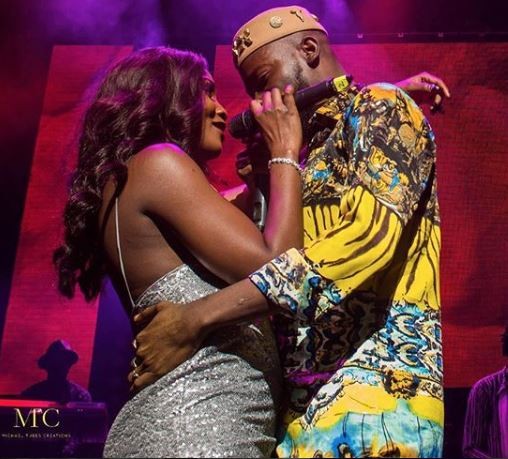 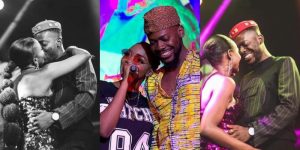 Nigerian singer, Simi, has taken to the social media to jokingly call out her husband, Adekunle Gold, for lying to his fans about a particular show, when he in fact slept all through the show.

When it comes to celebrity couple crushes, sensational singers, Simi and Adekunle Gold come amongst the top. From their heart-melting public displays of affection, down to their playful trolling on social media, it never gets old.

This time is no different and as usual, social media users are having a great laugh. Adekunle Gold earlier tweeted about a new TV show he started seeing. Judging from his tweet, one may be led to believe he actually followed the show.

He tweeted, “This love is blind is surreal! 1 Episode in and I am already creasing.”

His wife and favourite troll, Simi, however, was not about to let the ‘lie’ slide as she soon jumped on the tweet to expose him.

She replied to the tweet, “This nigga pressed phone thru half of it. Slept thru the other half. Why do people lie?” 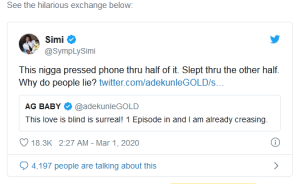 This got a lot of reactions from their fans. Some of them laughed and commended their open and loving relationship.

Simi and Adekunle Gold got married last year in what can be described as one of the most private celebrity weddings in modern times. It was attended by close friends and family members of the couple.