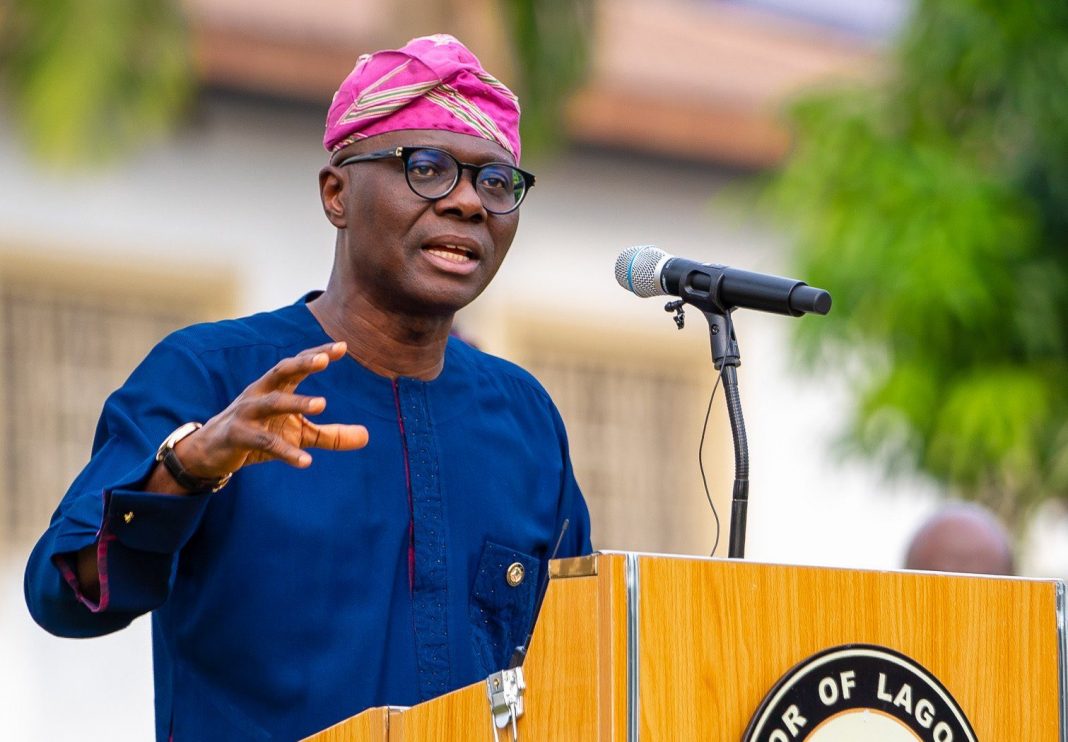 To commemorate his 365 days in office on May 29, 2020, the Lagos Satate governor, Babajide Sanwo-will commission a number of programmes; as activities to mark the one year in office of the Sanwo-Olu administration will kick off with an address by the governor.

A statement from the state Commissioner for Information and Strategy, Gbenga Omotoso, which stated that a week-long activities have been lined up to mark Governor Sanwo-Olu’s one year in office, said that the governor will embark on virtual and on-site commissioning of projects in Housing, Education, Transportation and Infrastructure segments, in fulfilment of his promises to renew infrastructure in critical sectors of the economy.

The statement added that Sanwo-Olu will be in Ikorodu to commission the 360 units Lagos Homes, Igbogbo Baiyeku IIB Estate and the Lekki to launch the Courtland Villas in Femi Okunnu Estate.

In the education sector, virtual commissioning of completed classroom blocks in Maya Secondary School, Ikorodu; Eva Adelaja Junior School, Bariga; and Saviour Primary School, Ifako-Ijaiye, among others, will be embarked upon.

Virtual commissioning of completed works, such as the Concrete Jetty in Baiyeku, Ikorodu; the Aradagun-Ajido-Epeme Road in Badagry; and the Maryland Signalisation Project are part activities lined up to commemorate Governor Sanwo-Olu’s one year in office.

Meanwhile, on May 27, which is the International Day of the Children and coincidentally, the 53rd anniversary of the creation of Lagos State, Governor Sanwo-Olu will deliver a Children’s Day address.

Omotoso added that the anniversary commemorative events are “instructively low-key to reflect the realities and challenges posed by the COVID-19 pandemic,” adding that “this is not a time to engage in any elaborate celebrations.”

The commissioner said that in spite of the realities of the time, Governor Sanwo-Olu considered it important and imperative to render an account of his stewardship to Lagosians who voted him into office and who he had been serving one year ago.

He said that anniversary programmes will kick off at the J.J.T Park in Alausa, with press briefings by members of the State Executive Council, as commissioners and Special Advisers present their scorecards in tandem with the six pillars of the T.H.E.M.E.S Agenda.

The press briefings, scheduled to be covered by accredited journalists will run from Wednesday, May 27 to June 3, 2020, with two sessions daily, starting from 10a.m and 1p.m respectively and will start with the Commissioners for Transportation, Dr. Frederic Oladeinde; Health, Professor Akin Abayomi; Environment and Water Resources, Mr. Tunji Bello; and Education, Mrs. Folashade Adefisayo.

Other executive council members will also take turns to address the press on a daily basis throughout the period scheduled for the Ministerial Press Briefings, according to Omotoso.

He also revealed that three special publications highlighting the achievements of the Sanwo-Olu administration as well as testimonies of beneficiaries of various initiatives of the government are slated for presentation to the public by Mr. Governor and his Deputy, Dr. Obafemi Kadri Hamzat, on May 29.

He added, “Governor Sanwo-Olu remains focused on fulfilling his campaign promises to Lagosians and is determined to accomplish set targets, despite the temporary setback occasioned by the economic challenges of the COVID-19 pandemic.

“Specifically, the COVID-19 pandemic has proven to be an interesting alteration to our ways of life, and also provided Lagosians with the opportunity to confirm the enormous capacity of the Babaijde Sanwo-Olu Administration to lead a people-centred government.”