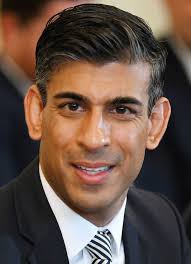 Former British Chancellor of the Exchequer and Finance Minister, Rishi Sunak, has emerged as the new Prime Minister following the failure of his rival, Penny Mordaunt, to secure the necessary 100 nominations from her fellow MPs.

Mr Sunak won the support of an overwhelming majority of Tory MPs, enabling him to claim the keys to No 10.

Sunak will become the first person of colour and the first Hindu to and Indian heritage lead Britain. He is also among the youngest British PMs ever.

Ms Mordaunt dropped out of the contest at the last minute on Monday afternoon, after she failed to secure the support of 100 colleagues.

The former Chancellor had took an early lead in the Tory leadership race, having lost the last one to Liz Truss just weeks ago.

Within hours of Ms Truss announcing her resignation last Thursday, MPs came out in droves to support Mr Sunak.

But his chances of moving to Downing Street were dramatically slashed when Boris Johnson informally launched a spectacular comeback bid.

The former PM left his glamorous holiday in the Dominican Republic to fly back to London and shore up support.

Tory heavyweights split between two camps, with James Cleverly and Priti Patel going the way of Team Boris, and Grant Shapps and Kemi Badenoch waving the flag for Sunak

Over the weekend Ms Mordaunt trailed behind the pair, with only around two dozen MPs backing her campaign.

Cross River Guber: My Antecedents Speaking For Me -Bassey Otu